$300 for an arm-mounted mobile terminal 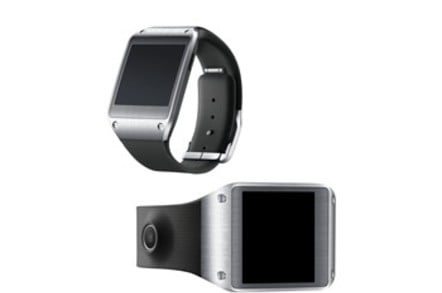 Samsung has been showing off its entry into the smartwatch market, as well as a new Galaxy tablet and super-sized smartphone, ahead of the IFA 2013 consumer electronics show in Berlin. 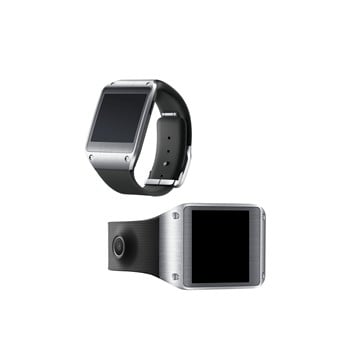 A Rolex it ain't

"Samsung Galaxy Gear benefits consumers by integrating smart device technology even deeper into their everyday lives, and bridges the gap between the mobile device and fashion worlds to create truly wearable technology," said JK Shin, president of Samsung's IT & Mobile Division in a statement.

"Samsung Galaxy Gear frees users from the need to constantly check their smart devices while maintaining connections. It provides what we call 'smart freedom,' by allowing users to choose how, why, when and where they are connected."

The 73.8g Gear has a 1.63-inch 320 x 320 color AMOLED display and uses and an 800MHz processor backed up by 512MB of RAM and 4GB of internal storage. It has a 1.9MP camera built into the strap, dual microphones for voice recognition and noise cancellation, and it relies on Bluetooth for communications.

Purists might say the Gear isn’t a true smartwatch, since it relies on being tethered to a handset or tablet, specifically the Galaxy Note 3 5.7-inch "phablet" - ie. very large smartphone - or the latest Galaxy 10.1 fondleslab, also unveiled today. Samsung is also promising compatibility with its Galaxy S4 smartphone soon.

The Gear uses Samsung's "S Voice" control software to allow hands-free control and memo taking, or even to alert a specified third party of your location. A pedometer is built in, and the smartwatch can also be set up to ping an alert sound if the owner moves too far away from the device.

Samsung is promising a day's battery life for the smartwatch, thanks in part to the low-power settings for Bluetooth available in the Android 4.3 operating system it runs. The watch will have 70 applications ready at launch, and Samsung is pushing for developers to get cracking on alternative uses for the high-tech timepiece.

Shin said the smartwatch will launch in 140 countries on September 25 with a price tag of $299 in the US. It will have six color choices, including black, "Oatmeal Beige" and "Rose Gold". Now we'll see if anyone will buy into the concept at the price. ®