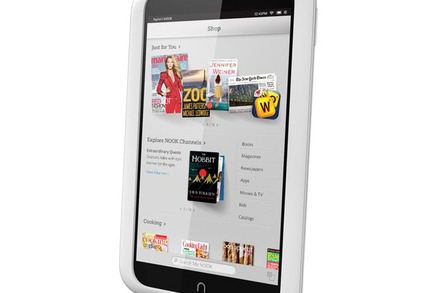 Barnes & Noble has knocked a further 20 quid off the price of its Nook HD and HD+ tablets as it continues to try to shift existing stocks of the gadgets.

B&N is warning potential buyers that the (even) cheaper tablets are only available “while supplies last”, but having been rapped on the knuckles by the Advertising Standards Authority (ASA) for causing would-be buyers bother and fuss the last time it slashed prices, hopefully this time the devices should be more readily available.

Back in April, B&N reduced the price of its Nook e-reader to £29, again “while stocks last”. Many, many folk tried to avail themselves of one only to find they’d all gone in moments of the offer becoming known. The bookseller was told by the ASA it should have anticipated the demand such a price promotion would create and ensure it had sufficient stock to meet that demand.

Anyone who manages to acquire the lower-priced Nooks may be pleased to know both devices can be converted to stock Android using the CyanogenMod firmware hack. ®