Telco keeps records for 26 years and provides them at will 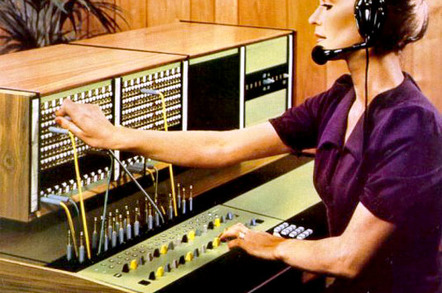 The US Drug Enforcement Administration has enlisted telecom giant AT&T to develop a massive telephone records database that may put the National Security Agency's domestic phone surveillance to shame.

And unlike the NSA's XKeyscore program, which potentially allows the agency to archive US citizens' phone records for up to five years, Hemisphere's records are maintained solely by AT&T, meaning they are apparently exempt from government restrictions on data retention.

Upon request, AT&T is reportedly able to provide the DEA with phone records dating back as far as 1987.

A Justice Department spokesman told the NYT that Hemisphere "simply streamlines the process of serving the subpoena to the phone company so law enforcement can quickly keep up with drug dealers when they switch phone numbers to try to avoid detection," adding that such subpoenas are "a bread-and-butter tactic in the course of criminal investigations."

But a set of PowerPoint slides obtained by the paper seems to indicate that Hemisphere is anything but business as usual. The DEA has kept a tight lid on the program's existence ever since it launched in 2007. One slide instructs law enforcement issues who request information from the database to "never refer to Hemisphere in any official document."

What's more, the news comes not long after leaked documents revealed that a Special Operations Division within the DEA has been receiving tips and surveillance data from the NSA, with the understanding that the DEA would cover up the source of its information.

Similarly, an AT&T spokesman would only disclose vague information about Hemisphere, beyond acknowledging that it does exist. He would not discuss how many phone calls it monitored or the size of its database.

Whether other phone companies besides AT&T are also involved in Hemisphere, or other programs like it, is also not known. Sprint, T-Mobile, and Verizon – the other "big four" US mobile carriers – all declined to speak to the NYT.

For its part, the DEA claims that Hemisphere has helped the agency make several successful arrests. The leaked slides cite cases in which agents caught a man who impersonated a top-ranked military officer, a woman who made a series of bomb threats, and drug dealers who were trafficking some 136 kilos of cocaine.

But in a blog post on Tuesday, the American Civil Liberties Union described the Hemisphere program as "vast" and "troubling," adding that "the government is deliberately concealing the origins of all information obtained by the program."

"As a result," ACLU staff attorney Catherine Crump wrote, "defendants have no opportunity to test the legality of these investigative tactics – and, just as troublingly, no court will have the chance to weigh in on the program's validity."

Crump added, however, it was the willing participation of AT&T, with its 26 years' worth of call records, that made Hemisphere possible. "If AT&T didn't build it, the government would not come," she observed. ®

Unauthorised leak of non-proposal referred to the Feds. Wait, what?

Then there were four: Another draft US law on 'foreign' (aka domestic) mass spying emerges

And this one is… not in favor of snooping on Americans, whoa

Thought the Snowden leaks would make things better? Joke's on you