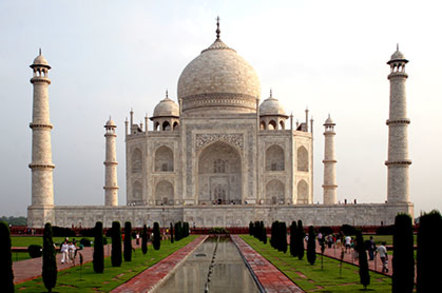 The government of India is reportedly planning to bar its employees from using Gmail and other foreign-based email services, amid concerns over surveillance by US spy agencies.

"Gmail data of Indian users resides in other countries as the servers are located outside," J Satyanarayana, India's secretary of electronics and information technology, told the Times of India. "Currently, we are looking to address this in the government domain, where there are large amounts of critical data."

The Indian government currently employs some 500,000 people, many of whom use Gmail for their primary email addresses. A quick glance at the contact page for the country's Department of Electronics and Information Technology reveals at least eight senior officials using Gmail, and still others with Yahoo! addresses.

Under the new directive, government employees will be asked to stick to official email addresses provided by India's National Informatics Centre (NIC). But an unnamed senior government IT official told the Times of India that many government workers choose Gmail and other foreign services because they are easier to use, and setting up accounts is much faster than working within the bureaucratic process of the NIC.

The move toward locally run email for Indian government workers comes in the wake of a string of revelations from documents leaked by Edward Snowden. Among the recent disclosures has been details of US electronic surveillance of foreign governments on US soil, where the National Security Agency even went as far as to snoop encrypted communications from United Nations headquarters in New York City.

No doubt equally concerning was a motion filed by Google in a US district court earlier this month, in which the Chocolate Factory asserted that "a person has no legitimate expectation of privacy in information he voluntarily turns over to third parties" such as Gmail.

But Sunil Abraham of the Bangalore-based think tank the Centre for Internet and Society said that foreign spying wasn't the only reason why government officials should be required to use a homegrown email.

"Use of official government email would also make it easier to achieve greater transparency and anti-corruption initiatives," Abraham told the paper. "Ministers, intelligence and law enforcement officials should not be allowed to use alternate email providers under any circumstance."

When contacted for comment, a spokeswoman for Google India said the company had not been informed of the proposed ban, adding, "Nothing is documented so far, so for us, it is still speculation." ®