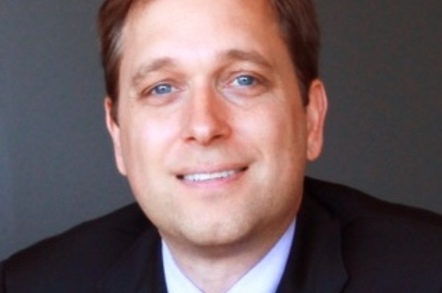 Former Fusion-io CEO David Flynn's new venture, Primary Data, appears to have joined up with Tonian, an enterprise storage startup with expertise in parallel Network File System (pNFS) – but whether the move is formal or not remains a mystery.

Primary Data popped its head briefly out of stealth earlier this month, when we learnt that Flynn and his Fusion-io marketing chief, Rick White, were both at Primary Data, with White in the CMO's chair again.

The startup's software was aimed at “pool[ing] storage directly attached to servers, as well as storage networked to servers, into an entity offering a unified file directory namespace."

Flynn and Adam Kaplan, a co-founder and exec veep at Primary Data, turned up at this year's VMworld conference – and new kid on the block Tonian hove into view. It is another startup, co-founded by Kaplan, who is its CEO, and appears to be in the pNFS game, which allows compute clients to access storage devices directly and in parallel.

Tonian had development offices in Israel and an office in Waltham, Massachusetts. It raised a million dollars in seed funding in mid-2011 to develop software in the enterprise infrastructure and virtualisation space.

The name Tonian refers to the first geologic period in the Neoproterozoic Era, which lasted for about 150 million years.

Tonian's LinkedIn page talks about its joining in on talks about parallel NFS matters on a Red Hat panel, but links to slide decks and so forth are broken. Many of its previous employees are now listed as Primary Data staffers.

Your correspondent did find a Tonian-contributed blog at the Open PNFS site but the link to the referenced white paper doesn't work.

Tonian's own website, which seems to be redirecting to Primary Data's holding homepage, says: "This Fall, the next phase of Data Centre evolution is coming to a city near you."

El Reg's storage desk hazards a guess that this will be a US city. Not long to wait now. ®