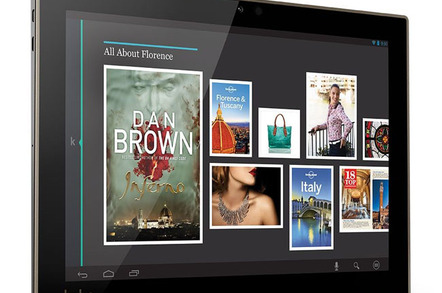 Kobo has got in ahead of rival Amazon’s anticipated Kindle refresh to update its own line of reading-centric fondleslabs and e-readers: among them is a ten-incher with a monster 2560 x 1600 resolution - that's bigger than many a desktop monitor here in Vulture Central.

This is the Arc 10HD tablet - ‘Arc’ being Kobo’s brand for its Android 4.2.2-powered devices - though like other e-booksellers’ hardware, the Google OS is buried beneath a dedicated user interface; this one called “Reading Life”.

Kobo loses points for describing its interface as a “user experience” but it wins a thumbs-up for letting you prevent notifications and such popping up while you’re trying to concentrate on your book. 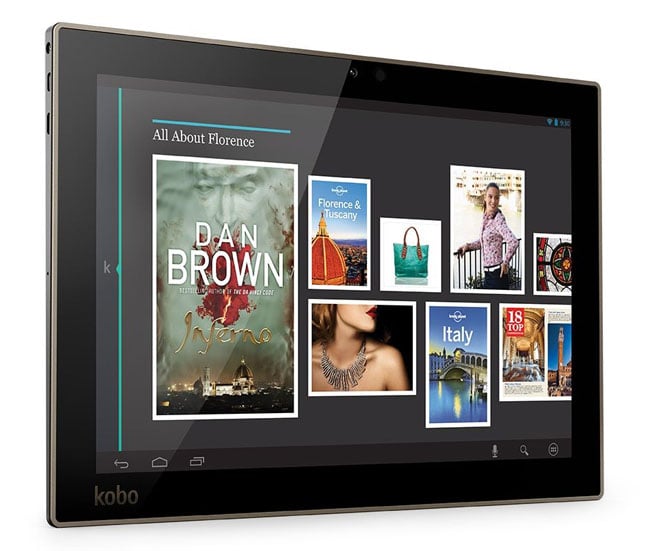 This “Reading Mode” also boosts battery life by tweaking the backlight, thus upping the per-charge runtime from 9.5 hours to at least ten days - or so Kobo claims.

The 10HD’s other unique selling point, we're told, is its use of an Nvidia Tegra 4 processor running its four main cores at up to 1.8GHz when you need some wellie for gaming and high-def movie playback. It'll drop down to one core for everything else to help eke out the battery life - it’s this, presumably, that Reading Mode makes use of.

The 10HD also includes a front-facing 1.3MP webcam, two speakers, 2GB of RAM, 16GB of storage (but no expansion slot), Bluetooth 4.0 and Miracast connectivity so it can stream video over its Wi-Fi connection. This slab will set you back £300. 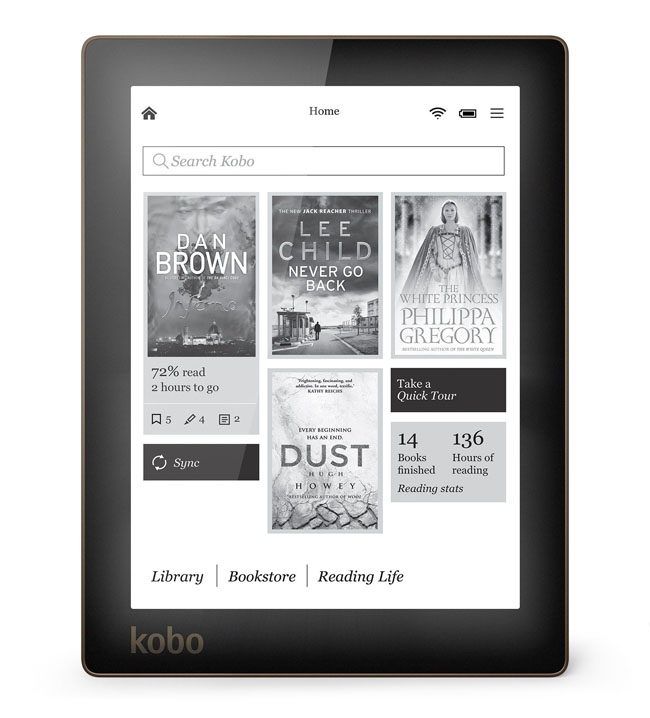