Netscape legend and VMware CEO clash on security, ARM vs. x86 and role of cloud 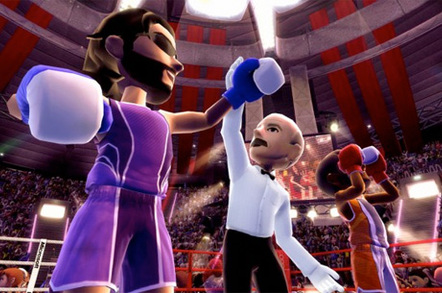 VMworld 2013 VMware CEO Pat Gelsinger and graphical-browser-inventor-turned-venture-capitalist Marc Andreessen have engaged in a feisty debate at Vmworld 2013, during which the pair clashed on a number of topics.

Speaking in a session titled “The Data Center is Dead, Long Live the Data Center”, Andreessen asserted that no-one in their right mind buys so much as a single server these days. “Startups no longer have any capital expenditure budget, other than the cost of some laptops, and they're always Macs,” he said. This arrangement works just fine because everything a business needs is available in the cloud.

Gelsinger disagreed, firing back by saying “People who say put everything into the cloud have never met a highly regulated customer.” Such companies will, he said, build their own data centres for decades, largely because they can't hope to meet their compliance obligations with the cloud alone.

Gelsinger and Andreessen weren't the only speakers on the panel, but the other two were largely forgotten as the two technology leaders responded to each other's utterances.

As the session meandered towards the topic of security, for example, Andreessen again unloaded on in-house IT.

“Internal environments are riddled with holes, malware and Chinese hackers,” he said, going on to assert that anyone who feels their in-house IT is not compromised is deluded. “Cloud will come to be regarded as more secure,” he predicted, and will soon be recognised as one way to relieve oneself of the unctuous business of securing a business.

Gelsinger's rebuttal invoked NSA secret-leaker Edward Snowden and his recent revelations to support an argument that no cloud service provider can escape government oversight. The all-but-certain likelihood of such snoopery means he feels in-house IT is more secure than the cloud.

Andreessen's comeback was to mention a company he's funded that encrypts everything that goes into our out of the cloud. Few businesses, he said, encrypt all their data, making the cloud more secure, and presumably also NSA-proof.

Next came the hoary old topic of ARM vs. x86. Andreessen thinks Intel's high-margin data centre business is ripe for disruption, not least because ARM is already making inroads into the data centre among users who value the lower acquisition and operating costs it offers. That ARM CPUs are now ubiquitous in mobile devices helps, as the possibility of a homogenous stack is tempting as more and more services target portable gadgetry.

Gelsinger fired back that x86 enjoys an enormous lead in terms of drivers, partnerships with the likes of VMware and the other niceties needed to run a data centre, and that the lead is effectively unassailable. “Even if you reduced the power consumption of ARM CPUs to zero,” x86 will still win, he said.

Andreessen's response was that Linux on ARM is pretty mature. And getting more mature, in all likelihood.

The two did agree on one matter, namely that cloud-enabled apps will soon appear in all sorts of places. Gelsinger imagined an app that tracks his health data and, after his own intervention, authorises its distribution to his personal doctor. Andreessen bemoaned the fact his new Tesla doesn't yet offer access to Google Calendar, but said he expects the high-end electric car-maker will add such functionality soon.

Andreessen was humble enough to note that his displeasure at not having a cloudy calendar in his car was a little curmudgeonly, unfurling a quote from comedian Louis CK to the effect that “everything is amazing and nobody is happy”. ®

The author attended VMworld 2013 as a guest of VMware, which paid for his flights, accommodation and nourishment.