Ballmer's emotional farewell to Redmond: I LOVE THIS COMPANY 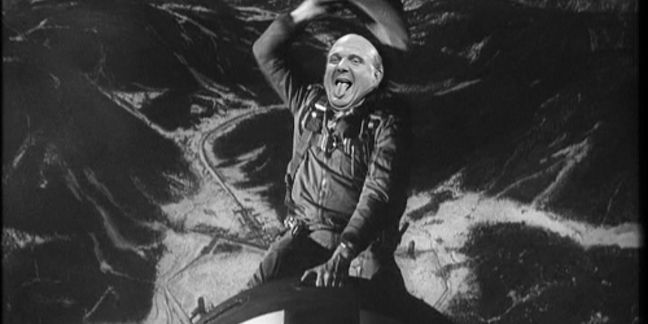 Microsoft's 99,000 employees face a future without its chief chair-flinger Steve Ballmer who just announced his retirement to a happy Wall Street.

He penned a letter to MS staff that was stuffed with classic Ballmerisms, including a repeat of one of his famously sweaty outpourings:

"I LOVE THIS COMPANY."

Ballmer joined Microsoft in 1980 - five years after it was founded by Bill Gates. He began life at Redmond as the software vendor's first business manager. Twenty years later, he had become CEO of one of the biggest technology corporations in the world.

During his tenure, Ballmer oversaw the development and meteoric rise and spectacular fall of Microsoft's Windows Operating System through its XP golden years, via the laughable Vista and finally ending up with Windows 8 and Surface which has failed to capture the imagination of consumers quite in the way that Big Steve might have hoped.

Here he is in one of his more memorable performances:

And, of course, who could forget:

Goodbye, balmy Ballmer, and thanks for all the discs. ®

Next page: In Full: Ballmer's 'I love this company' letter to Microsofties
Page:
Tips and corrections
107 Comments