The story of the BBC Micro Junior 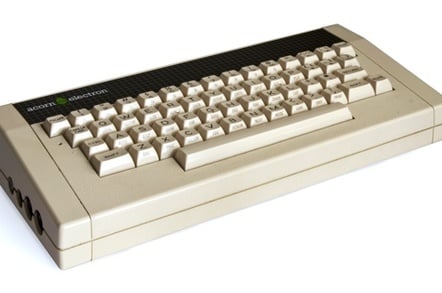 Archaeologic The Sinclair Spectrum made the Acorn Electron inevitable.

In June 1982, less than two months after Sinclair had unveiled the Spectrum - which had still not shipped, of course, even though Sinclair had promised the first Spectrums would be in punters’ hands by the end of May - Acorn co-founder Hermann Hauser was heard talking about a rival machine. He candidly told Popular Computing Weekly that Acorn’s next machine would debut in the third quarter of the year, taking the fight straight to the company’s nemesis.

Sinclair priced the 48KB Spectrum at £175. So the 32KB RAM, 32KB ROM new Acorn machine - which “will probably be called the Electron”, the paper reported - would set punters back between £120 and £150, Hauser suggested. And it would offer higher resolution colour graphics than the Sinclair computer too and, crucially, be compatible with BBC Micro software. 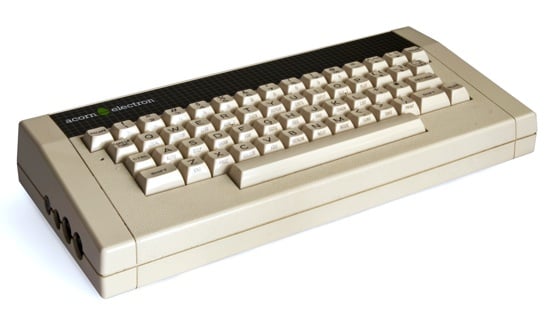 Hauser’s revelation came in response to a question concerning the Spectrum’s potential to undermine sales of Acorn’s cash cow, the BBC Micro, which had gone on sale just six months previously, at the end of 1981, and was actually now more expensive than it had been when it debuted. Hauser, of course, laughed off the suggestion, but his comments suggest Acorn was very aware of booming sales in the lower reaches of the market, a segment the pricey BBC machine, even in its cut-down Model A form, couldn’t reach.

Yet not everyone desiring a cut-price micro wanted a typical Sinclair lowest common denominator offering. Some eight months after Hauser had spilled the beans to Popular Computing Weekly, and with the Spectrum by now firmly established, Acorn’s other founder, Chris Curry, claimed: “We never expected the BBC machine to compete with the Spectrum first time round, but people who want something better than the Spectrum are turning to the BBC... The number of machines being bought by individuals for use in the home has surprised us.”

As the hints Hauser dropped in June 1982 show, the solution was obvious: produce an even cheaper machine than the BBC Model A that would appeal not only to potential Spectrum buyers but also to people who were drawn to the cachet of the BBC Micro but couldn’t or wouldn’t justify spending up to £399 on a home computer - especially when you could buy a Sinclair machine for less than £100, a Vic-20 for not much more than that or, soon, a Dragon 32 for under £200. Even Acorn’s own Atom was still available, for £150.

The BBC Micro, but cheaper

“Once the BBC Micro was launched, there was a feeling that the machine was great but that it was a bit expensive, and that there was a big market out there comprising people who would buy machines if only they were a bit cheaper,” remembers Steve Furber, the one-time senior Acorn techie who co-designed the BBC Micro and is now ICL Professor of Computer Engineering at the University of Manchester. “And Chris Curry was very sensitive to what Clive Sinclair was doing, for historical reasons.”

Indeed, when the Electron finally debuted in the summer of 1983, Curry was unequivocal about the machine’s relationship with the Spectrum: “The Electron is designed to compete with the Spectrum. The idea is to get the starting price very low, but not preclude expansion in the long term. It runs the same Basic as the BBC machine. We anticipate it having just an extension bus, and the extension bus will have modules plugged into it to give you whatever interfaces you want.”

The Electron, then, would be a “miniaturised” BBC machine in Spectrum clothes - in 1982 it was being reported that the Electron would sport a calculator-style keyboard, and would have single-key Basic command entry - and aimed at the cost-conscious consumer.

Steve Furber and his fellow engineers in Acorn’s R&D team were initially less keen on the taking the fight to Sinclair with a cost-engineered ‘BBC Micro Junior’. “We were keener to move forward,” he recalls to The Register.

“We were not that enthusiastic about doing this cost-reduction exercise. But ultimately we were persuaded by Chris and by Hermann that there was a market.”

Central to cutting the cost of the new machine was reducing the chip count. In place of the BBC’s various ancillary logic chips, the Electron would employ a single Uncommitted Logic Array (ULA) chip, a trick Sinclair had employed in the ZX81 and Spectrum; the ZX80 had used off-the-shelf TTL parts. “That allowed us to take a machine which had 102 chips on the motherboard and reduce it to something like 12 or 14 chips,” says Furber, “basically an order of magnitude reduction in the complexity of the motherboard.”

One chip to rule them all

Out went the BBC’s 6845 video controller, memory controller, serial IO control and timer chips, all replicated to a greater or lesser extent by the ULA’s all-in-one circuitry. “We could pretty much fit all the functionality of the Beeb [BBC Micro] into a ULA with the exception of the microprocessor and the memory,” says Furber.

He was tasked with designing this custom chip, but it wasn’t the only cost-reducing technology the new machine would feature. By the time work began on the Electron, commodity DRAM had gone from the 16Kbit chips used in the BBC Micro to 64Kbit parts, so another obvious way to make the machine cheaper was to take advantage of this higher density memory.

“The problem was, of course, that the BBC Micro architecture only had 32KB, so if you were using 64Kb DRAM chips, you’d need four of them to give you 32KB and then you’d have to be double-accessing them for every byte you wanted,” Furber says. “That basically drove the Electron architecture: the recognition that for cost reasons we had to go that way. There were inevitable performance compromises as a result of that. We couldn’t do double-access at 4MHz - the memory wasn’t fast enough for that - so we had to accept we were going to have to live with lower total memory bandwidth, which we didn’t like.” 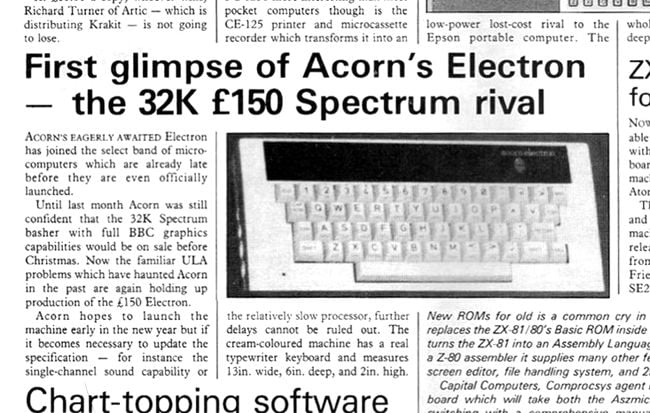 But for the ULA, the Electron was done by the end of 1982, and was seen for the first time in the December issue of Your Computer

As 1982 drew to a close, Hauser’s original launch window had long since closed yet the Electron seemed no closer to a launch. Pictures of the machine leaked to the press, revealing a machine identical to the one that would finally be revealed in August 1983. Acorn couldn’t keep the new machine’s existence a secret any longer. A company spokesman told Popular Computing Weekly in November 1982 that the new machine was “ready apart from the ULAs” but in any case wouldn’t be made available “until we have built up substantial stocks”.

Chris Curry made the same pledge in January 1983. The machine would launch in March 1983 “for sure”, he promised. It was a pledge that would come to haunt the company in the months following the Electron’s debut.

Next page: Designing the ULA
Page:
Tips and corrections
113 Comments