DoJ, SEC poke into claims of kickbacks in Russia, Pakistan 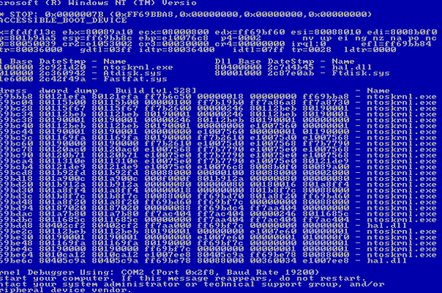 Microsoft says it will cooperate with US investigators probing alleged bribery of foreign officials. It's claimed Redmond's resellers bunged cash to apparatchiks in Russia and Pakistan in return for contracts with state-backed businesses.

The software giant's deputy general counsel John Frank blogged here that his company takes “every allegation seriously” and “we cooperate fully in any government inquiries”.

“Like other large companies with operations around the world, we sometimes receive allegations about potential misconduct by employees or business partners, and we investigate them fully, regardless of the source,” Frank said.

The brief spoke out following a Wall Street Journal report (subscription needed) that the US Department of Justice and watchdog the Securities and Exchange Commission (SEC) are expanding an existing, preliminary probe into whether Microsoft employees and business partners had used bribes to secure certain deals.

The newspaper claims an anonymous tipster told Microsoft its resellers had paid bribes to executives of a state-owned company in Russia to win a deal. In Pakistan, Microsoft allegedly authorised a consulting company to jet a government official and his wife off on a five-day trip to Egypt.

It follows allegations made in March of kickbacks in China and questions over Microsoft’s relationships with resellers and consultants in Romania and Italy. Microsoft responded in a similar vein in March, saying it cooperates fully with government inquiries. ®