'It's about the gaming, stupid' 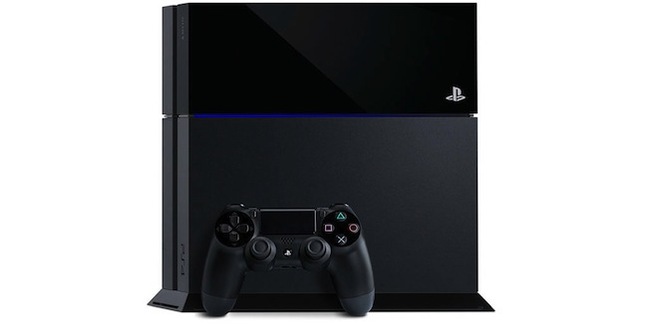 Sony has used the Gamescom 2013 conference in Germany to announce the launch details of its PlayStation 4 console, price changes, and revamps for older hardware, and to take a few now-customary digs at rival Microsoft.

"Our goals for PS4 are clear, ambitious and unwavering. We set out to build the most powerful gaming platform with a deeply held, consistent focus on you the gamer," said Andrew House, president of Sony Computer Entertainment, at a press conference.

"While others have shifted their message and changed their story we are consistent in maintaining policy and a model that is fair and in tune with consumer desires," he said.

The PS4 will launch in the US and Canada on November 15 at a price of $399, and on November 29 in Europe for €399 and the UK for £349. The console will also go on sale in 10 South American countries on the later release date, making the console available in 32 countries by the end of the month compared to 13 for Microsoft's Xbox One.

So far the company has received over a million preorders for the new console, House said, and Sony currently has the number-one gaming platform in the majority of European countries. Xbox has consistently been the most popular platform in the US for the last year, according to market data.

The PS4 will have 15 exclusive games at launch, with 33 by the end of the year, and the console's lead system architect Mark Cerny said that this was the strongest launch lineup in Sony's history. In total, 180 games are currently under development for the console, and Cerny said that Sony had spent months with game designers and coders to make sure that the hardware was capable of matching their requirements.

"We knew that performance would be critical, so we set our target at ten times the power of previous consoles, and the result is a hardware that makes possible the stunning graphics and rich interactive worlds of the games you're seeing today," he said. "PlayStation 4 is the world's most powerful game console."

For online gamers, Sony announced a series of special broadband packages for the PS4 that have been negotiated with Deutsche Telekom, Orange, Virgin Media, and Ono, with more deals to be announced. Such deals will give dedicated sections of the broadband pipe to PS4 customers, allowing access speeds of up to 200Mbps [Really?—Ed. Yes—Iain] compared to an average of 5Mbps for most European gamers.

Sony's handheld PlayStation Vita is also being tied closely to the new games console, with almost all PS4 games having a remote play feature. This means that if you're using the console with a TV and have to move, you can carry on playing the game by having it streamed by Wi-Fi to the Vita handheld.

The Vita is also getting a price cut, down from $249 in the US to $199 and to €199 in Europe. In addition, there will be "significant reductions" in the price of Vita memory cards in both regions, fixing an increasingly irksome facet of the Vita that many Sony stalwarts complain about.

"It will prove to be irresistible to have all PS4 games playable on PS Vita via remote play," said House. "We see a new and bright chapter in the life of PlayStation Vita."

He added that Sony wasn't forgetting its older-platform customers, and announced the release of a new slimmed-down 12GB version of the PS3 for a reduced price of €199 in Europe and $199 in the US and Canada. There's also a new Grand Theft Auto 5 special edition for the console, and on December 6 an exclusive version of Gran Turismo 6 for PS3 users.

The new PS3 is available immediately and comes with a special games deal for those who want to upgrade to the PS4 later. For a limited period, players can upgrade to the PS4 version of their PS3 game for $10, with EA, Activision, Ubisoft, and Warner Bros named as early partners.

Sony was hammering the gaming message even before the press conference started, with the assembled hacks being played the voices of developers uttering profundities such as "I love the fact that Sony has gone back to the fundamentals of 'No, it's for games'." This is presumably to pitch itself against Microsoft's stated goal of the Xbox being the single unit that manages all household entertainment.

But Jim Ryan, president of Sony Computer Entertainment Europe, admitted that the new console isn't all about the games, while using the opportunity for another swipe at Microsoft over its entertainment subscription policy changes.

"Over the past few years we've come to understand that gamers really value being able to use their consoles to watch movies, view catch-up TV, and listen to music," Ryan said. "It remains a fundamental part of our strategy to offer these services as a core component of our basic PlayStation service package, available to all and not put behind a subscription gate."

Not that he wasn't above pimping Sony's PlayStation Plus service. PS4 buyers will get a 14-day free trial of Sony's subscription service, and will get an extra 90-days free if they sign up for a year's subscription.

In all, the press conference showed some pretty impressive plans from Sony. The new console may have fewer games than Microsoft at launch, but it will be cheaper, more widely available, and have less meddlesome DRM. Let the console wars begin. Again. ®