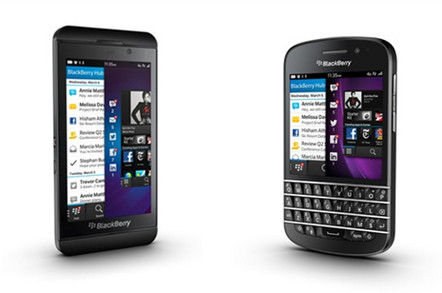 It's no secret that sales of the latest BlackBerry handsets haven't been as strong as the Canadian mobile maker had hoped. But if the real strength of an OS platform is in its developer ecosystem, BlackBerry could be on even shakier ground than previously thought.

At the BlackBerry Live event in Orlando, Florida in May, CEO Thorsten Heins announced that BlackBerry World app store was home to 120,000 apps. And searching for the word "app" in the store now yields nearly 160,000 results.

Not too shabby, eh? But look closer and you'll see the problem. As first spotted by BerryReview, a single developer appears to be responsible for more than 48,000 of those apps. That's right – one company has submitted more than a quarter of all of the BlackBerry 10 apps currently available.

That developer is S4BB Limited, a self-described "young, leading edge Hong Kong based company specialized in the development of mobile applications."

In other words, S4BB makes apps that do just about anything – and just about nothing. Among its thousands of BlackBerry offerings are apps to view your BlackBerry PIN, apps to view system logs, apps to use your camera LED as a flashlight, OutOfBattery (when you might want to fake an out-of-battery display, for some reason), Mega Bicycle Ring (to have your phone make a sound like a bicycle bell), and Mega Fart (guess what).

That last one is a bit surprising, considering BlackBerry's well-publicized disdain for fart apps. Apparently it's only the low quality ones that BlackBerry World can do without, while "market leading" developers like S4BB get a pass.

"We aren't focusing on, say, hitting the 50,000 app mark," former BlackBerry platform product management VP Alan Panezic said in 2010. "For us, apps are all about adding real value to the end-user's life and creating revenue for developers."

BlackBerry seems to have rethought its strategy since then, however. In March – when the BlackBerry World store only hosted 100,000 apps – BlackBerry VP Martyn Mallick revealed to AllThingsD that one in five BlackBerry 10 apps is really an Android app running on BlackBerry's emulation engine, rather than a platform-native app.

Neither S4BB nor BlackBerry immediately responded to El Reg's request for comment. But with the selection of high-quality apps in BlackBerry World so small, it's little wonder that customers still seem leery of the platform. And with BlackBerry reportedly nearing its endgame, there's little incentive for developers to get on board now, despite all the company's valiant efforts to attract them. ®