Molten sphere could give clues to planetary mass 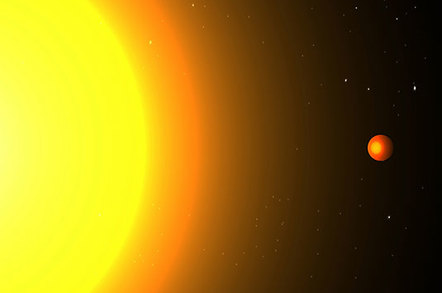 Researchers at the Massachusetts Institute of Technology have discovered a new, Earth-sized exoplanet for which orbiting its star is literally all in a day's work.

The newly discovered planet, dubbed Kepler 78b, completes one full revolution around its star in just 8.5 hours – fast enough that by the time you clock in at the office and clock out again, another solar year will have passed for Kepler 78b.

To achieve this rapid orbital period, the planet revolves around its star at a distance 40 times closer than Mercury is to our sun.

As you can imagine, that means it's hot on Kepler 78b. The MIT astroboffins led by associate professor Josh Winn reckon its surface temperature could reach as high as 3,000 Kelvin, compared to around 700 Kelvin for the hottest parts of Mercury.

But that isn't even the most interesting thing about this newly discovered world. According to a press release from MIT, Kepler 78b marks the first time that scientists have been able to observe light emanating from an exoplanet so small. 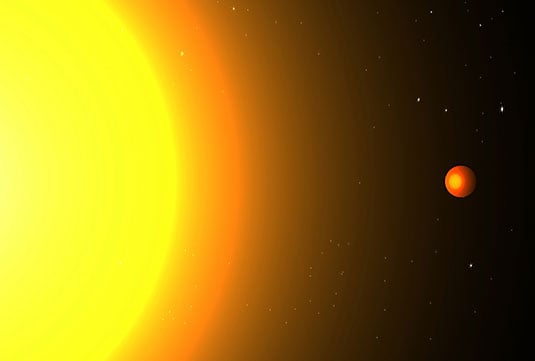 The researchers aren't sure just what's causing the glow, but they suspect it's due to a combination of radiation from Kepler 78b's molten surface and light reflected by surface materials and atmospheric vapor. They'll know more once they examine the planet and its star with larger telescopes.

What's more, the planet's orbit is so tight that the researchers believe they may be able to determine its mass by measuring its gravitational effects on the star. If they succeed, it will be the first time that boffins have been able to calculate the mass of an Earth-sized world outside our own solar system.

But while Kepler 78b may be Earth-sized, it's hardly Earth-like. With its hellish surface conditions, it's incapable of supporting any form of life that we'd understand.

Like many other scientists, however, Winn and his team plan to continue the hunt for the elusive Earth II by sifting through the data returned by NASA's Kepler spacecraft. Kepler recently ended its primary planet-hunting mission after suffering mechanical failures, but it's believed that hundreds or maybe thousands more planets have yet to be discovered among the data Kepler has already transmitted.

In particular, Winn said he might try looking for planets that resemble Kepler 78b – even in their proximity to their stars – but that are orbiting around much cooler brown dwarf stars.

"If you're around one of those brown dwarfs, then you can get as close in as just a few days [to orbit the star]," Winn said. "It would still be habitable, at the right temperature." ®