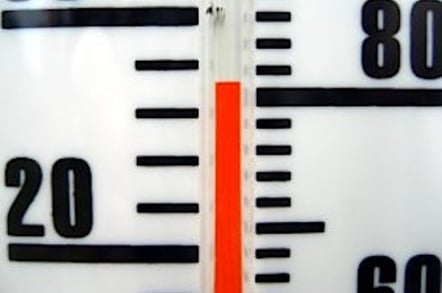 The UK's Open Rights Group has revived the campaign to create a new HTTP error code to protest censorship.

The campaign to do so has burbled along for a few years, partly thanks to a Google employee named Tim Bray who created a draft for ”An HTTP Status Code to Report Legal Obstacles ”. Bray has revised the draft a couple of times, but the Internet Engineering Task Force doesn't seem too keen on it.

The Open Rights Group is keen. So keen it has whipped up www.451unavailable.org to push the idea.

For the handful of Reg readers wondering why the number 451 is proposed, we recommended quick read of Farenheit 451, Ray Bradbury's seminal science fiction novel whose title refers to the temperature at which books burn. Literature set afire by a repressive government is a big part of the novel's dystopian plot and setting, making a 451 code a nice evocation of various government attempts to block access to and/or censor some web content.

The Open Rights Group wants internet service providers to display the code when their customers attempt to reach forbidden sites to highlight the UK's censorship laws and says doing so will help their customers because non-technical web users find the “403 Forbidden” often used to block access to sites confusing.

“It's still difficult to work out precisely why a website is blocked and to check if it's been blocked by mistake,” the group says, advising that “A really good Error 451 message would tell their customers how to challenge a block, how long the block's expected to last, where the relevant legal documents are and which legal authority imposed the blocking order.”

The Group has called for help from coders, lawyers and writers to turn the idea into reality.

Bray, who's done formative work on the idea, has come out in support of the campaign. ®