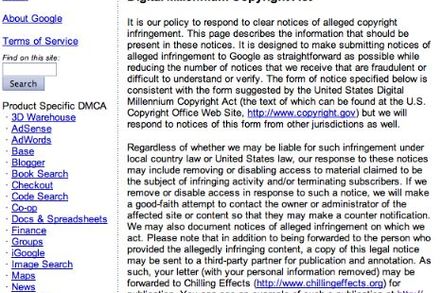 The vigilant folk at TorrentFreak think they've found something odd: among the hundreds of thousands of sites Microsoft has recently asked Google not to index are requests to remove references to sites that in no way infringe Microsoft's rights but instead mention the the free OpenOffice suite.

TorrentFreak's report on the matter links to several documents that chillingefects.org says are actual requests from Microsoft to Google.

Some of the links Chillingeffects' documents mention offer links to what appear to be pirated copies of Microsoft Office. Others appeared to be scams that employ keyword-laden text featuring terms ways of accessing Office for free, but insist on email registration before the ill-gotten loot can be obtained.

Microsoft's probably doing the world a favour by asking Google not to index such scams, but the many requests to stop indexing harmless links or legitimate links to torrents of Open Office (which can of course be distributed freely) are worrisome.

Microsoft insists it's trying to make sure its takedown requests are more accurate in future. That probably involves tuning whatever 'bot it uses to compile initial lists so it is more accurate. Until the 'bot gets better at its job, expect more furrowed brows from folks in torrent-land. ®