Starfox’s overall appeal would be significantly less were it not for the searing orchestral soundtrack and well-chosen spot effects. From bass rumbling outer-space mothership movements, to scrambling sequences of sonic chatter and thruster blasts, through futuristic electronic clickings, military drumming and whooshing synth-effects, the game paints a marvellous sonic background with plenty of dramatic arcade coolness chucked in for good measure.

While the sensory delights of Starfox may have drawn the punters in, such effects would have paled quickly were it not for the finely balanced gameplay that Nintendo ensured was brought to the table.

A training section allows you to hone your flying and shooting skills, and this eases players into the action well. Thoughtful employment of the SNES controller, like using the shoulder buttons for side rolls and horizontal flying – great for squeezing through gaps – gives an intuitive sensation of flying to your Arwing spacecraft. There’s an air-brake – used to pull back to avoid incoming missiles and buildings – a booster to get you the heck out of there, and the nova bomb for when the relentless onslaught becomes just too much. 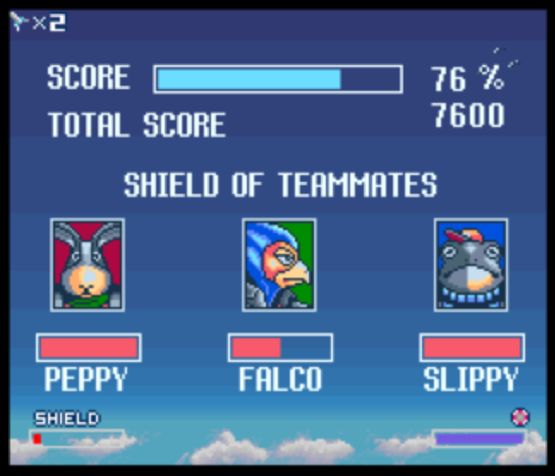 Assess the damage at the end of a mission

Three routes through the game give you that typical Nintendo difficulty differentiation – useful for retaining players’ attention once the initial “easy” route is mastered. And while levels are played out on rails – these aren’t free-movement 3D worlds – a player can choose different routes through levels by steering in a particular direction or shooting certain objects. Such choices can lead to extra power-ups, other minor benefits and there’s also some secret level trickery in there too, if my memory serves me correctly, all adding to the richness of the game’s replay value.

A quick word of warning on replaying Starfox, emulated or otherwise: you must use a SNES-style gamepad if you really want to enjoy the experience – it’s tough enough as it is without keyboard control wrecking the experience. 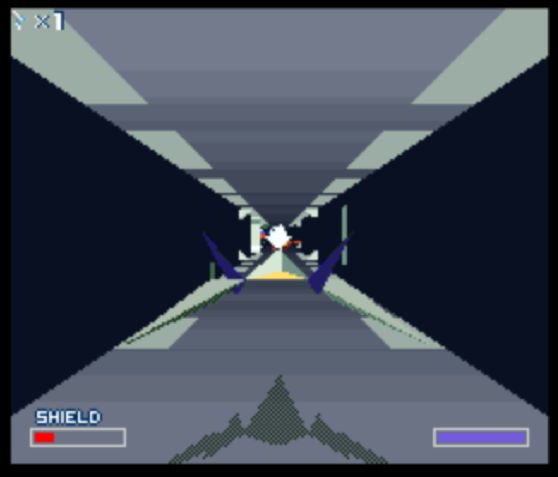 Eventually, some of Argonaut’s programmers chose to work directly for Nintendo and base themselves in the land of the rising sun. After the success of Starfox, a second iteration of the Super FX chip was developed and used in games such as a Doom conversion and Super Mario World 2 – in the latter instance, for stretching and scaling huge sprites rather than polygon shunting. Yet third-party developers didn’t lap up the new chip. There was not only the extra cost Super FX added to a game, but the inescapable truth was that next-generation consoles were lurking just around the corner.

A sequel to Starfox was almost completed, and in 2002 a beta version of the game was leaked onto the net and patched up for play through emulation. It’s thought that the game was cancelled in a deliberate PR strategy that would highlight the clear gap between the SNES/Super FX generation of games and that new console waiting in Kyoto’s wings: the Nintendo 64. A strange choice perhaps, but whether it was the right decision or not, Nintendo’s business minds – as in any successful company – have always aimed to maximise sales and revenue, and cancelling projects is unfortunately part of the process. ® 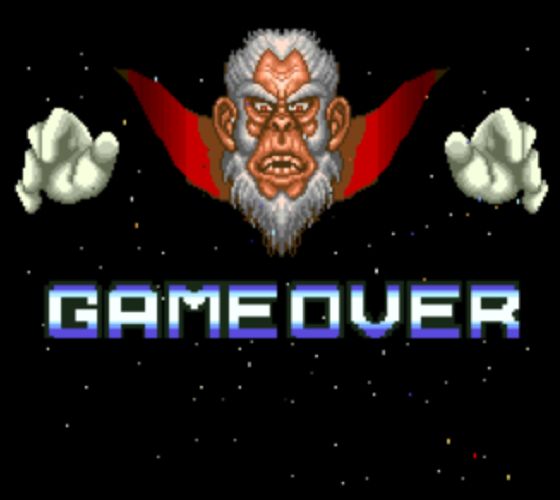 Your enemy, the gorilla-like Andross