At current rates, capacity will be half what's needed by 2020 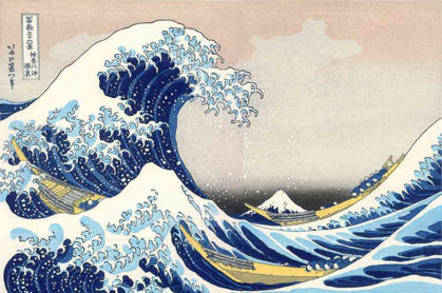 Flash Memory Summit The world is producing such a rapidly surging amount of data that the storage industry – both solid-state drives (SSDs) and hard-disk drives (HDDs) – will be hard-pressed to keep up with demand, says one storage-industry insider.

"You can take that as a crisis; we see it as an opportunity," HDD manufacturer Seagate's SVP in charge of SSDs, Gary Gentry, told his keynote audience at the Flash Memory Summit on Tuesday in Santa Clara, California.

That's not just a lot of personal cat videos, it's also Hollywood* and Bollywood feature films, medical and sensor data, massive amounts of business-focused big data, rapidly proliferating security cameras, automotive and aviation intelligence, and of course all that data that the NSA is slurping on a daily basis.

And if the industry remains on its current investment path, they're not going to make it. "Based on the investment in the industry that we've looked into with experts in the flash industry and the hard-drive industry," Gentry said, "by 2020 we think the alignment, even with aggressive investment in fab capacity and hard-drive output will be somewhere approaching three zettabytes."

From Gentry's point of view, the pace of investment will almost certainly increase, but it'll need to be an industry-wide effort. "It's going to take all companies and all industries investing heavily to stay up with that big data that's in front of us," he said.

Of course, Seagate manufactures HDDs, and sources its SSD chips from Samsung and Toshiba, which Gentry said together account for about 75 per cent of the NAND-wafer output for the entire flash-memory industry. It's to his company's benefit that there will continue to be rising demand for HDDs.

Speaking of Hollywood feature films, Gentry said that his sources tell him that during the production of The Hobbit, the crew created between six and 12 terabytes of data every day during filming.