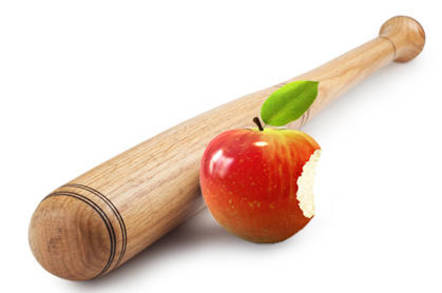 Not even the cheapest iPhones could help Apple claw back ground lost to Samsung - whose smartphone gear has now amassed more than twice the market share of the iPhone.

The smartphone market expanded 46.5 per cent in Q2 with more than 225 million units shipped worldwide, data from beancounters Gartner showed.

However it was the Korean chaebol that really made the most of the expanding sector, selling 71.3 million devices compared to 45.6 million a year ago, capturing 31.7 per cent market share, up two per cent.

"We see demand in the premium smartphone market come mainly from the lower end of this segment in the $400-and-below average selling price (ASP) mark," said principal analyst Anshul Gupta.

"It will be critical for Samsung to step up its game in the mid-tier and also be more aggressive in emerging markets. Innovation cannot be limited to the high end," he added.

Gartner said Apple saw a "significant decline" in ASPs which fell to the lowest level since the launch of the iPhone in 2007, due to hefty sales of the iPhone 4 which were flogged at "strongly discounted prices".

Apple is expected to get into the low-cost smartmobe game, which could boost shipments, said Gupta, but creates some uncertainty.

"While Apple's ASP demonstrates the need for a new flagship model, it is risky for Apple to introduce a new lower-priced model too," he said.

The danger of cannibalisation would be greater than was witnessed in the last quarter when the iPhone 4 swiped biz away from later generations.

Gartner did not reveal the ASPs for any of the major vendors.

After Samsung and Apple there is a huge gap to the next-best seller - the smartphone market is a two-horse race - but LG was in third, with market share of 5.1 per cent, boosted by a 96 per cent plus rise from 4.9 million shipments to 11.4 million units.

Lenovo snuck into fourth - the first time it was in the top five - after shifting 10.7 million devices to take a 4.7 per cent share of the spoils.

Another Chinese player, ZTE, dropped from fourth to fifth, as sales grew 53 per cent to 9.7 million units, leaving it with 4.3 per cent of sales. ®