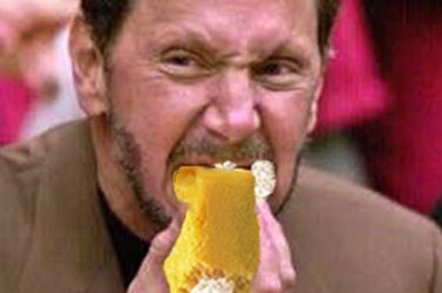 Larry Ellison’s beloved yacht-racing team has confessed to some naughty nautical fiddling and has voluntarily scuttled its results from recent run-up races to the America's Cup.

The chief of Ellison’s Oracle Team USA has revealed illegal modifications had been made to the team’s 45-foot AC45 catamarans by "a small number of team members".

A disappointed Russell Coutts, chief executive of Oracle Team USA said in a statement that withdrawing from the four AC45 regattas (boat races) was the only "appropriate corrective action".

Coutts added that the team “remains focused” on training for the September race, which uses the larger AC72 catamarans.

The September final is supposed to be the pinnacle of the regatta series, with the mighty AC72 catamarans deployed: the yachts cost between $8 and $10m, are 72 feet long, have a mast 131 feet tall, can hit 30 knots and require a crew of 11.

The existence of the modifications on the smaller AC45s – which contravene official America's Cup rules rules – came to light following an internal investigation. The mods apparently took place without the knowledge of Oracle management "and without [the team members] having followed standard internal procedures".

Billionaire Larry Ellison’s team won the cup in 2010, so will be defending it this year. Last October, one of Oracle Team USA's monster AC72 catamarans in training for this year’s cup capsized, with both boat and crew in need of rescuing.

It is the prerogative of past race winners to set the location of the next America's Cup and Ellison's choice of the San Francisco waterfront has been the subject of much criticism. It seems the city has been forced to step up and pay for the costs associated with the race. An "anti-Cup protester" outside City Hall told yachtingmagazine.com they were "pissed that I’m financing a billionaire, Larry Ellison, to do his little boat show". The early races have reportedly been sparsely attended by competing teams because of cost. ®