MS gets you hooked on Server 2012 Datacenter, jacks up the price for R2

Redmond has 'broken its record' for increases 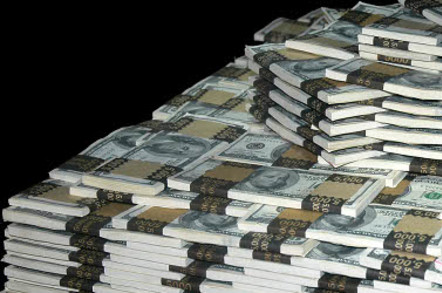 Microsoft is cranking up the price of its Datacenter edition of Windows Server 2012 for the forthcoming R2 release – it's up a whopping 28 per cent on today's price tag.

Customers using Windows Server 2012 with an active Software Assurance (SA) coverage will get a “transitional license” to use the R2 update, so should - theoretically - pay no more.

As ever, you’ll have to pay for Client Access Licenses on top of the price to allow users to access the server.

News of the long-awaited licensing changes was flagged up by MVP Aidan Finn based in Dublin, Ireland, who first spotted the new, price-altered datasheets on Redmond's Windows Server 2012 R2 page. Microsoft hasn't spoken officially about the new pricing.

And no wonder. The Windows Server jump caps a record year for Microsoft according to veteran Redmond licensing expert Paul DeGroot. He claimed in a tweet yesterday that 2013 had seen "a record number of price increases" from Microsoft.

Microsoft in April hiked the bill for BizTalk Server customers by dumping the per-CPU charge for a per-core fee in Server 2013.

The price hike is a sucker-punch but no one can argue that they haven't been getting all that Hyper-V virtualisation for nothing from Microsoft all these years.

Microsoft pitches the Windows Server 2012 R2 as being built for “highly virtualized private cloud environments”. Clearly it wants to steer big businesses towards the Datacenter edition, by setting the cut-off limit of "OSEs" in the Standard edition at just two.

It’s the only real differentiating feature between the two, based on a comparison chart in the appendix of Microsoft’s licensing data sheet.

Windows Server 2012 R2 is expected by the end of this calendar year. ®