Despite Microsoft Surface RT debacle, second-gen model in the works 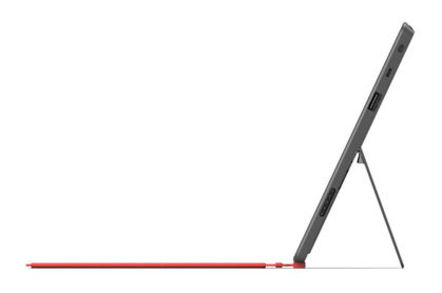 Nvidia's CEO says his company is working with Microsoft on a second-generation Surface RT, and that he believes it has a chance of success – even though the original Surface RT tablet was an utter flop – because it will include Microsoft Outlook.

"It is the killer app for Windows," Huang told Cnet. "Now we're going to bring it with the second-generation Surface. We're working really hard on it, and we hope that it's going to be a big success."

Sharp-eyed Reg readers will notice that Huang said "hope," and not a more-positive utterance typically used in a forward-looking statement about an upcoming product, a term such as "know" or even "believe".

Huang has reason to be cautious. As last month came to a close, Microsoft revealed that it suffered a $900m writedown due to price cuts it initiated in the hope that they would boost sales of the floundering Surface RT. Redmond also noted that both the ARM-based Surface RT and its more successful big brother, the Intel-powered Surface Pro, accounted for a mere $853m revenue during its fiscal 2013.

Those figures didn't come as a surprise here at San Francisco's Vulture Annex. This January, the Reg's own Neil McAllister declared that "Window RT is a flop," speaking of the operating system powering the failed tablet, and that the Surface RT "was doomed from the start."

He is not alone in his assessment. This Friday, for example, Asus CEO Jerry Shen told The Wall Street Journal of his low opinion of Windows RT. "It's not only our opinion," he said, "the industry sentiment is also that Windows RT has not been successful."

Other evidence of the obvious came from Toshiba, which cancelled its Windows RT tablet plans last August. At the time, a company spokesman said that the reason for the cancelation was "due to delayed components that would make a timely launch impossible," but Toshiba's supply chain has been robust for other products.

Lenovo yanked its Windows RT-based Yoga 11 convertible from its online sales site last month, and in May HTC pulled the plug on its 12-inch Windows RT tablet, though it said it was still planning to release a 7-inch version later this year. We'll see.

Later this year, however, is when Outlook will be available for the Surface RT. Microsoft has said that Outlook will appear in Windows 8.1 for RT, said to debut next month. Perhaps Huang is correct, and the addition of Outlook will make a second-generation Surface RT and third-party Windows RT tablets more attractive. Again, we'll see.

That the Surface RT hasn't exactly set the world on fire is inarguable, but it's not because Microsoft didn't give it the old college try. When an advertising blitz failed to drum up buyer enthusiasm, it tried giving away free keyboard.covers in May. Then came the aforementioned price cuts, first for students in June, and a month later for everyone. Although the results of those efforts won't be known until Microsoft's next quarterly earning statement is released, here at The Reg we're not anticipating a surge in sales.

Perhaps Microsoft should have heeded the advice of Acer chairman and CEO J.T. Wang. The Financial Times reported in August of last year that Wang said he had told Microsoft bigwigs not to enter the hardware market. "It is not something you are good at," he told them, "so please think twice."

And now Huang's Nvidia, whose chips power the original Surface RT along with chips from Qualcomm, says that a second Surface RT is being readied for release. That news brings to mind a remark often attributed (likely erroneously) to Albert Einstein: "The definition of insanity is doing something over and over again and expecting a different result." ®

In related news, this Thursday Nvidia revealed that income from its Tegra line of ARM-based chips will drop by around 40 per cent this year; Nvidia provides Microsoft with its ARM Cortex-A9–based Tegra 3 for the Surface RT.

Huang discussed the slippage with analysts after his company's quarterly financial results were posted, and as IDG News Service's Agam Shah observed, "He said the expected shortfall was related to one particular platform, and though he didn't name it, the reference to Windows RT was clear."