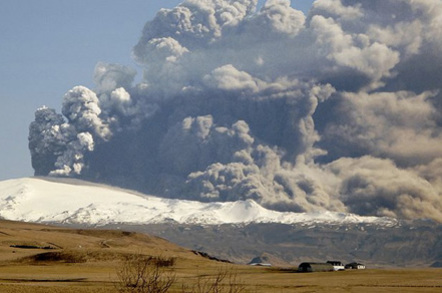 Data center providers are expanding as enterprise facilities experience budget cutbacks, according to the bit-barn experts at the Uptime Institute.

In the Institute's annual data center census, which surveyed 1,000 providers across the world, 63 per cent of third-party data centers – cloud, hosts, co-location facilities, and so on – reported budget increases of more than 10 percent for the year, versus 25 percent of enterprise data centers.

The same picture emerges when you look at budget cutbacks, with 21 percent of enterprise data centers reporting that they're getting less dosh than before, versus five percent of the third-party operators.

Taken together, the figures indicate that workloads are moving out of the facilities directly controlled by companies and into other providers, whether they be cloud operators or simply outsourced bit farmers.

"Organizations that have traditionally owned and maintained their own data centers, companies that even a few years ago would have rejected an outsourcing option out-of-hand, have gone partially or wholesale into commercial data center services in some form," the Uptime Institute writes.

"Today, the onus is on the enterprise operator to demonstrate that a new inhouse data center build is the best choice for the company," they continue. "The burden of articulating value has shifted from the third-party provider to the internal enterprise staff. It's up to enterprise data center operators to be educated advocates for the services they are providing their organizations."

"This seems to suggest that the companies who could make use of a private cloud platform have made the investment, and companies on the fence are either going to public cloud or walking away from the hype cycle," the report states.

At this point it's worth laying out the Uptime Institute's bias: the firm makes its money from data center consulting services, along with "tier certifications" that rank the resiliency and security of a facility. As such, their bread gets buttered by the steady demise of IT closets and the rise of facilities large enough for people to splash cash in Uptime's direction. For that reason, we reckon their figures are kosher.

Other findings of the survey show that after a major push in 2010 and 2011, the rate of data centers notching up new energy efficiency gains has slowed. To our mind [In a former life this hack toured data centers for fun—Ed.], this is a sign that the low-hanging fruit of efficiency gains, such as hot aisle–cold aisle segmentation and the installation of infrastructure management systems, has been picked, and the tricky rewards from moving to fresh-air cooling or looking at ways to reduce losses incurred from shifting power from the substation, remain to shaken from the tree.

Due to these efficiency gains, the industry average power usage effectiveness rating (the ratio between power expended on IT gear and the supporting infrastructure) has fallen from 2.5 in 2007 to 1.89 in 2011 to 1.65 now. Just as we've seen a slowdown in clock-rate increases in chips after the easier advancements have been done with, it seems we're running into levels of efficiency that are difficult to beat unless you splash a lot of cash.

Google, for example, which operates some of the world's most advanced facilities, has brought its PUE down to an average of 1.10, and only by doing things such pricey projects as harnessing the cooling power of the North Sea, or in some cases redirecting entire rivers.

One thing's for sure – the pressure keeps piling on enterprise IT to demonstrate value to the pointy-haired bosses, and data keeps on fleeing offsite, whether upward into the cloud, or into third-party rent-a-barns. ®