Vote now: Browsers reveal logins on idle PCs, but is it a code flaw or a brain bug? 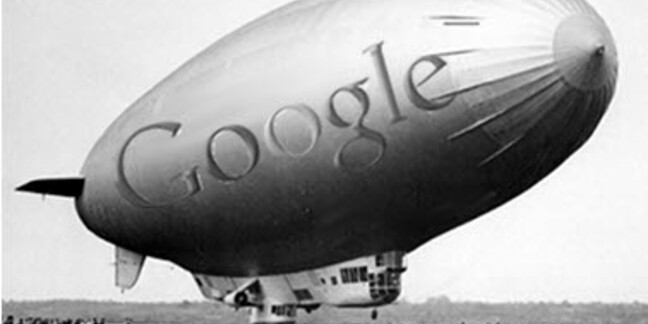 Poll Web browsers Google Chrome and Mozilla Firefox can reveal the logged-in user's saved website passwords in a few clicks. There now rages a debate over whether this is an alarming security flaw or a common feature.

Picture this: you've been asked to fix a friend's PC because it's stopped printing pages properly, or you saunter past an office colleague's desk and notice her computer has been left unlocked.

Blighty-based programmer Elliott Kember raised the issue this week on his blog and made a persuasive argument that it is a "silly feature" that needs addressing:

In a world where Google promotes its browser on YouTube, in cinema pre-rolls, and on billboards, the clear audience is not developers. It’s the mass market - the users. The overwhelming majority. They don’t know [Chrome] works like this. They don’t expect it to be this easy to see their passwords. Every day, millions of normal, every-day users are saving their passwords in Chrome. This is not OK.

Today, go up to somebody non-technical. Ask to borrow their computer. Visit chrome://settings/passwords and click “show” on a few of the rows. See what they have to say.

Kember wants to Google's browser at least ask users for a password before displaying the credentials in plain text, or warn that they can be accessed in full with a few clicks.

"At this stage, anything would be nice. They're not acknowledging the fact that millions and millions of Chrome users don't understand how this works," he told The Reg. "I'd like to never ever see passwords in plain text without authenticating myself first."

Chrome's team lead Justin Schuh responded by arguing that if a miscreant has physical access to the computer then it's game over anyway, in terms of protecting the user's system. He added:

I appreciate how this appears to a novice, but we've literally spent years evaluating it and have quite a bit of data to inform our position. And while you're certainly well intentioned, what you're proposing is that that we make users less safe than they are today by providing them a false sense of security and encouraging dangerous behaviour. That's just not how we approach security on Chrome.

Some will say the users need some top tips on securing their machines - such as not leaving it unlocked or in the case of a shared computer, not saving passwords. However, worldwide web granddaddy Tim Berners-Lee said the Chrome team's response was "disappointing" in a tweet:

How to get all you big sister's passwords http://t.co/CpytKWH9aT and a disappointing reply from Chrome team.

Going back to our earlier scenarios, if the user prefers Firefox, then open Preferences, hit the "Saved passwords" button in the security tab and then press "Show passwords". But bear in mind that a master password can be set to protect credentials stored in Mozilla's browser. The same goes for Opera, which also allows a master password to be set to encrypt the data on disk.

So now we turn the debate over to you: in the style of shag, marry or kill, select whether you shrugged, felt wary or had the sudden desire to kill over this issue:

And don't forget to comment, of course: what else can mitigate the accidental disclosure of one's privates to a nosy friend? ®

Voting is now closed: thanks for participating. The results are shown.