US Republican enviro-vets: 'Climate change is real. Deal with it'

How is the anthropogenic global warming crisis like a hard drive? 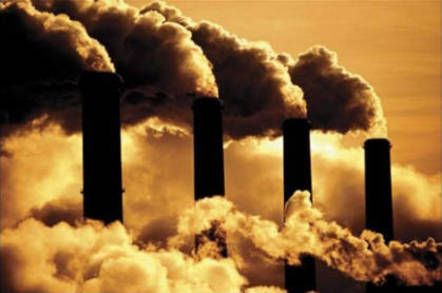 Comment A quartet of former US Environmental Protection Agency administrators has come out in favor of immediate action on anthropogenic climate change – and all four worked in conservative Republican administrations.

"We served Republican presidents, but we have a message that transcends political affiliation: the United States must move now on substantive steps to curb climate change, at home and internationally," the four wrote in an op-ed piece, "A Republican Case for Climate Action", published in The New York Times on Thursday.

"There is no longer any credible scientific debate about the basic facts," the four environmental administrators conclude. "[O]ur world continues to warm, with the last decade the hottest in modern records, and the deep ocean warming faster than the earth's atmosphere. Sea level is rising. Arctic Sea ice is melting years faster than projected."

Climate skeptics/deniers/doubters may disagree with the former EPA administrators' informed assessment that the world "continues to warm," but there is solid evidence that on a decadal basis it most certainly is. Even the Wall Street moneymen are starting to worry.

The four express their belief that a market-based approach to reducing greenhouse-gas emissions would be the best course of action, but having been around the Washington block – both Pennsylvania Avenue and 15th Street NW and East Capitol Street NE and First Street – they recognize that such prospectively effective market-based remedies as a carbon tax are "unachievable in the current political gridlock in Washington."

Instead, they support the Obama administration's use of executive powers to limit the "climate-altering pollutants that threaten our planet," including those from power-plant emissions – a clean-up effort that the current Republican House leadership wants to defund. The EPA veterans also call for increased investment in clean energy technology, which they say is "inarguably the path we must follow to ensure a strong economy along with a livable climate."

Citing their belief in "common-sense conservative principles" such as "trusting in the innovation of American business and in the market to find the best solutions for the least cost," the four hold fast to the core guiding principles of traditional conservative thought: "When confronted by a problem, deal with it," they write. "Look at the facts, cut through the extraneous, devise a workable solution and get it done."

To which sentiment this Reg reporter says, "Amen."

Which reminds me. In the early days of personal computing, when hard drives were notoriously unreliable, there was a saying that there were only two kinds of people in the world: those who had experienced a hard-drive crash, and those who would.

In these days of human-caused climate disruption, let me bring that sentiment up to date. There are only two kinds of people in the world: those who acknowledge the reality of anthropogenic global warming, and those who will.

Without action, the crash is coming. ®