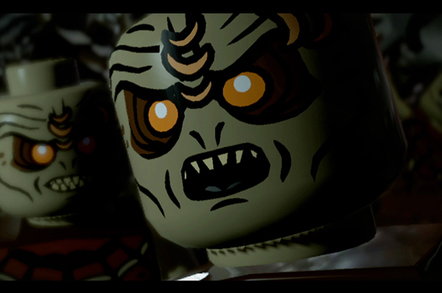 A former SAP vice president has struck a plea deal with prosecutors after he was caught running a side business selling Lego kits purchased using home-made barcodes.

Thomas Langenbach, a former VP of SAP Labs in Palo Alto, was caught by store detectives at a local Target after he was observed sticking a new barcode on a Star Wars Lego kit, and then purchasing it and other goods at a large discount. When police raided his home they found hundreds of Lego packages, which Langenbach had been selling online via eBay.

Langenbach, a German national, was facing four counts of commercial burglary which would have seen him facing a prison term of five years, followed by deportation. Instead he struck a plea deal and got 30 days in the county jail, 150 days house arrest with an ankle monitor, and three years of probation.

According to court documents, Langenbach visited four different Target stores over three days and slapped his own barcodes on Lego toys, primarily limited-edition or Star Wars collectables. In one case, he purchased a $139.99 LEGO kit for $49.99 and another for $19.99 instead of the $59.99 retail price.

But Langenbach underestimated Target's security systems. The store is well aware that such toys are highly sought after by thieves, and takes inventories daily and matches them with store receipts. After Langenbach's first foray, the discrepancy was noted and photos of the German were taken from CCTV footage and circulated among security staff.

On May 8 last year, a security guard at Target in Mountain View recognized Langenbach and observed him putting new barcodes on three items: a Lego set, a Razor scooter, and dish liquid. After checking the price on the in-store scanner he bought the items and left the store. He was pounced on immediately and detained until the police arrived.

Langenbach used the curiosity defense at first, saying he'd seen a YouTube video on using fake barcodes and decided on a whim to try and see if the technique worked. However, when police checked his car they found eight Ziploc bags containing labels with fraudulent barcodes.

Investigations at Langenbach's palatial home found hundreds of unopened Lego kits, shipping boxes, and barcode printing equipment. Langenbach had sold over 2,000 items worth in excess of $30,000 on eBay using an account named Tom's Brickyard – and customers reported 99 per cent satisfaction on his profile.

But this trove wasn't considered in Langenbach's plea bargain, nor were the 194 items he had listed on eBay at the time of his arrest, since the police couldn't prove that the items were fraudulently purchased. As a result, Langenbach will only have to repay the $345 he skimmed from the observed Target purchases.

The man must have an excellent lawyer.

Langenbach was fired from SAP Labs after his arrest, and is reportedly living in the Bay Area trying to make a living as a consultant. Security is presumably now a specialty of his, one would assume. ®