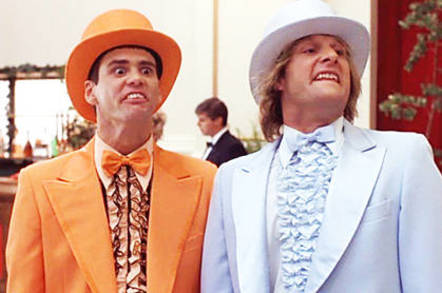 If you have been wondering when the chip designers at Qualcomm were going to come up with an eight-core processor, as have competitors Samsung and MediaTek, you can stop wondering. They're not. Why? Because octo-core chips are "dumb."

"We don't do dumb things," Qualcomm SVP and marketing headman Anand Chandrasekher said in response to a question during a Q&A session after his remarks at a Taiwan media roundtable this Wednesday.

"When you can't engineer a product that meets the consumers' expectations, maybe that's when you resort to simply throwing cores together – that is the equivalent of throwing spaghetti against the wall and seeing what sticks," he said.

"That's a dumb way to do it, and I think our engineers aren't dumb."

Taiwan's MediaTek and Korea's Samsung disagree – although those two companies take quite different approaches in their octo-core designs. MediaTek recently announced its True Octo-Core chip for mobile devices. This chip, as its name implies, houses eight coequal cores that can be fired up as needed, with all eight capable of working together, or separately on multitasking operations.

But don't expect Qualcomm to employ either of those design tactics – not if ex-Intel mobile man Chandrasekher wasn't blowing smoke during his Taiwan remarks.

"We don't believe the best experience is defined by the number of cores," Chandrasekher said. "That's actually a very silly way to think about delivering the capabilities that the consumer needs."

When asked specifically about Qualcomm's competitor – presumably MediaTek – having announced an octo-core product, he was dismissive. "I'm not a huge fan of what they are doing. I personally don't think it is going to be very successful in the marketplace," he said.

"You can't take eight lawnmower engines, put them together and now claim you have an eight-cylinder Ferrari."

Perhaps, but in the world of ARM processors, most chip integrators use nearly identical lawnmower engines. ®