SMBs are tumbling into the cloud? Oh get real 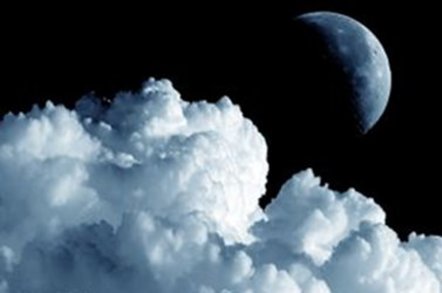 Column “SMBs are now turning to the cloud to meet their IT needs”. If you have anything to do with the technology industry then the claim will sound very familiar. The implication is that cloud computing is now universally accepted among small and medium businesses, and that a huge shift has taken place in terms of buying behaviour.

This is a significant exaggeration of what’s really going on out there.

All of the research work we have done, and continue to do, tells us that we are hardly scratching the surface when it comes to selling cloud options into the SMB space.

Most of the activity we pick up is still concerned with large enterprises, and while IT professionals in medium-sized businesses are starting to wake up to the possibilities, cloud is still very much the exception rather than the rule when it comes to fulfilling IT requirements in the business mainstream.

And at the lower end of the market, particularly businesses with less than 100 employees with only small internal IT team — or none at all — a lot of the people responsible for IT have little or no appreciation that cloud is even an option.

Lies, damned lies and... you know what comes next

But how can this be? After all, we keep seeing surveys published in the press telling us how cloud is steamrolling ahead and everyone’s into it. Then there’s the MSPs who despite the current privacy-related hysteria are still reporting impressive growth that shows no signs of abating.

Well on the survey front, the vast majority of the stats we see reported are derived from online polls of IT professionals.

These significantly exaggerate the level of activity because of the self-selecting nature of the sample. Think about it: if you send a mailshot out to huge database of IT pros and ask: “Please fill out our survey on cloud”, cloud users and enthusiasts will leap on it, and others who could care not less or have never thought about it will just ignore the request.

We then have the problem, as we said earlier, that IT policy and planning is down to business people at the lower end, so polls of IT professionals miss the overwhelming majority of SMBs.

As for managed services provider growth, as a cloud advocate myself who runs my own business on hosted services, I think this is great. But we need to put this success into perspective. For every cloud contract that’s signed, there are still many more traditional product- and project-based deals going down.

If you want to see some stats on this generated through a more rigorous research methodology – to minimise self-selection bias and capture the views of business decision-makers at the lower end – check out the work Symantec sponsored my firm to carry out recently. We interviewed 501 SMBs across a number of European countries, each having 10 to 250 employees. Overall, about one in five were doing something with cloud – a respectable level of penetration on the surface, even if not the "huge shift" that we often see claimed.

However, when you look behind this headline statistic, you soon start to realise why I say that we are only scratching the surface of the opportunity.

The first and most obvious point is that making use of cloud is not the same as moving all your IT to it. Most of the activity we see might be politely described as selective, or less politely referred to as ad hoc and piecemeal. Even for early adopters, there is therefore still a lot of untapped potential.

As for the non-users, we can correlate lack of cloud awareness and activity with two main factors – size of organisation, and who is in charge of IT. On the first of these we see the level of penetration fall off dramatically as move down from the 101 to 250 employee band, through those with 26 to 100 employees, to the smallest businesses we investigated with 10 to 25 in their workforce.

And where a business person rather than an IT professional is responsible for IT policy, planning and decision-making, cloud is far less likely to be on the agenda. These two correlations clearly become compounded as get down into the lower part of the market where in-house IT resources rarely in place.

Lastly, we need to consider all of this in the context of the overall economy/marketplace, and this requires introducing another set of data – government stats that tell us the distribution of companies by size.

According to the 2011 numbers published by BIS (the Department of Business Innovation and Skills), for example, there are approximately 10,000 private sector businesses in the UK with between 100 and 250 employees, but around 200,000 in the 10 and 100 employee band. Multiply this out by the percentage penetration (an estimated 25-35 per cent and 5-10 per cent respectively according to our data), and that’s an awful lot of UK SMBs that have not yet been touched by cloud.

Plenty of room for everyone

Overall, we can safely say that fewer than 10 per cent of SMB population (between 10 and 250 employees) have adopted cloud in any meaningful way at the moment. The research also points out, however, many SMBs are struggling with capability gaps and shortfalls that can be directly addressed by the cloud model, particularly SaaS, and when the proposition is put to them, the reception is generally positive.

My message to those in the channel is to stop worrying about cannibalisation and realise the incremental nature of the opportunity. The right mix of cloud services potentially allows you to sell against requirements that you never get a chance to address through traditional on-prem solutions.

See the research report for more insights into some of the more obvious areas to target, and a rundown of some of the misconceptions and objections you are likely to run into.

Meanwhile, my message to IT vendors and big service providers is to get real. It’s no good behaving as if everyone in SMB knows about cloud and is up for it. You need to acknowledge that the market is still at the stage where education and motivation is key, as is dealing with a lot of the concerns that many IT and business people have as a result the recent negative publicity.

And lastly, bloody well appreciate that you aren’t going to unlock the SMB space without the channel, so pay more attention to enabling your partners and making sure that cloud is good business for them as well as yourselves. ®