Thanks, but it's quicker to hand-code our edits 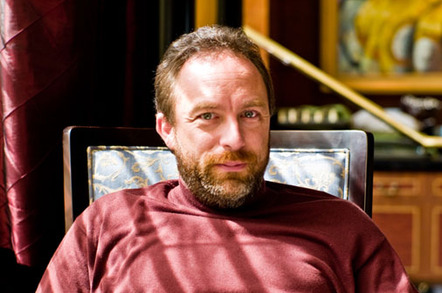 The expensive software project, funded by donations to the Wikimedia Foundation (WMF), is a WYSIWYG editor intended to make the open-source resource more accessible. Traditionally, editing Wiki requires a knowledge of complex markup syntax. The Visual Editor (VE) is a flagship project intended to broaden Wikipedia's appeal to potential contributors, and arrest a long-term decline in active editors.

“Visual Editor is a user interface that is much more familiar to people. When you click edit you get something that looks very much like any word processor, and you can change things and do whatever you want,” Wikipedia co-founder Jimmy Wales boasted to the Daily Telegraph.

"It is actually very good, and easier for quick copyedits on complicated articles. And I know how damn hard everyone involved is working on it," UK Wikipedian David Gerard assured his fellow editors. After a beta test last December, the code was rolled out as a default for new users two weeks ago.

But the Visual Editor, which has been a long time coming, looks anything but a fabulous upgrade.

"The software is buggy, slow, and not likely to be fixed anytime soon," states the unofficial Visual Editor request for comment. Editors describe VE as "an expensive extravagance", and rue "three years of wasted resources". Many complain of it discarding their edits, others of missing features and poor performance.

It's so slow and buggy, in fact, that editors have voted not to use it. Last weekend hundreds of German Wikipedia editors rebelled. VE has been made the default editor, which requires users to opt-out to get back to the old markup system, and they want to see this reversed. 442 users (87.7 per cent) voted to roll-back VE deployment so that it's opt-in, with just 29 (5.8 per cent) voting to stay the course.

A similar resolution proposing VE is disabled for new accounts registered from the UK had won 80 votes in its support last night - with just two voting against. One of those two votes was from Wikipedia figurehead, socialite Jimmy Wales. The current tally at the time of writing is 200 for the opt-out, versus 16 for opting in.

Many tech-savvy Wikipedians work in IT, and are not short of positive suggestions for off-the-shelf, open-source replacements for WMF's Visual Editor. But they're running into a problem: Wikipedia's institutional chumocracy.

Ultimate responsibility for the car crash belongs to the Wikimedia Foundation's “Deputy Director and VP of Engineering and Product Development”, Erik Möller. Möller was one of the first participants in the project in 2001 and today is probably the second most influential personality at Wikipedia [see his Wiki bio here]

Just don't expect to hear much about VE when Wikipedia kicks off this year's donation drive. ®