"You should be ditching femtocells altogether" 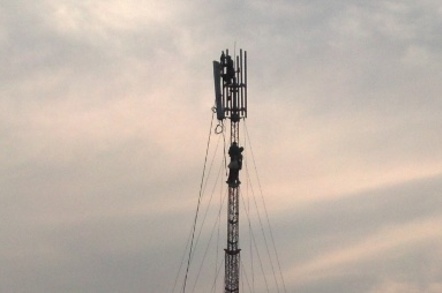 Black Hat 2013 Security researchers have warned against the industry's use of femtocells after successfully hacking into two popular models of femtocell, allowing them to intercept voice and SMS information from nearby mobile devices.

The exploit was detailed by iSEC Partners at the Black Hat conference in Vegas after being revealed earlier in July, and affects two femtocells used by Verizon and one repackaged Verizon box put out by Sprint which have already been remotely patched.

Femtocells are used to extend the range of broadcast signals in hard to reach places, and work by creating a secure IP-SEC tunnel between themselves and their carriers larger network. If signal is lacking or poor, then phones will automatically hop onto a nearby femtocell.

The researchers believe it is the first time an exploit has been disclosed against femtocells produced by US carriers. The exploit has been verified to work on 2009 SCS-26UC4 and a 2010 SCS-2U01 femtocell from Verizon.

The exploit saw the researchers gain access to the femtocells via interfacing with an HDMI port on the base of the device, then gaining root access to the stripped-down Linux system inside.

Once inside the system, they were able to implement methods for intercepting and decoding both voice and SMS track – data proved too difficult. They also developed a technique for cloning the phone, allowing people to surreptitiously listen in to calls.

Though these vulnerabilities have been subsequently patched, the researchers are not confident in the continuing integrity of the femtocell as an architecture. This is because the hardware can never be totally locked down by the vendor, and so there will always be some kind of exploit, they reckon.

"There are over 30 carriers worldwide who have femtocells," Tom Ritter, a security consultant at iSEC Partners explained. "Clearly there are issues here. You could of course harden the actual device [but] there's nothing you can do on the platform to prevent physical attackers getting in. There are lots of ways to break onto a physical device."

Another route would be to have carriers mandate that femtocell users register expected numbers with the operator in advance, "but we don't think it is enough," they said.

They instead recommend the use of secured VoIP on WiFI, when out of tower range, or the use of secure end-to-end encryption via apps, of which ones made by Whisper Systems and Silent Circle would be examples.

"Really, you should be ditching them altogether. We're just pretty nervous about giving random people like yourselves cellphone towers and [you] breaking into them." ®

Exploding femtocells: No need for a full recall, says Vodafone

Change yours if you're worried, but operator insists issue is limited to earlier models

Femtocells get a bit bigger