Cook puts millions of Chinese on the menu 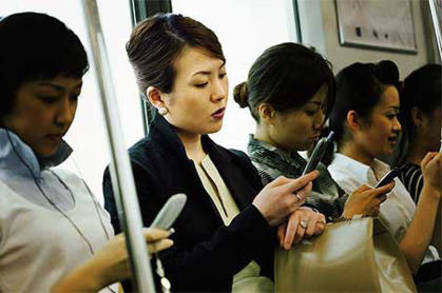 Apple chief Tim Cook has been doing the rounds in China with national telcos, drumming up interest in carrying iPhones and iPads to the country's massive mobile market.

The world's largest mobile carrier by subscribers is the only one in China that doesn't offer iDevices to its customers, which has been seriously hampering Apple sales in the country as cheaper local rivals hoover up market share.

Cook also met executives from China Telecom to discuss cooperation on future products. A well-placed insider told Reuters that the fruity firm's boss talked about working together on new iDevices, but didn't give details on the next iteration of the iPhone.

China has a huge mobile market that is only expected to grow over the next few years, making it an important one for big device-makers like Apple and Samsung, who are seeing Western markets like the US reach saturation.

Greater China accounted for 13 per cent of Apple's revenue in the April to June quarter at $4.6bn. That was down 43 per cent on the previous quarter, when the fruity firm made $8.2bn in China, Taiwan and Hong Kong. ®