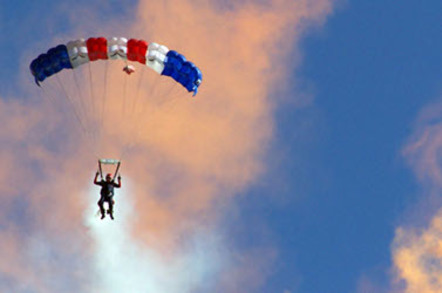 SAP has eased the cost burden for customers switching to cloud versions of its software but be prepared to barter for a good deal - and don't expect to reduce your payments to Walldorf.

In a carefully worded announcement, SAP last week said it is now allowing customers to "re-allocate elements" of its software installed on premises to the cloud.

The switch means customers could go from paying for an on-premises licence plus maintenance to a cloud subscription, which comes with maintenance included.

It's an important point: all enterprise software, not just from SAP, comes with a licence and maintenance fee while online services pack their maintenance into the service charge.

But, SAP customers are not getting it all their own way: there are no set rules on switching from on-premises versions of SAP to cloud versions of SAP apps, which means you will need to negotiate with your SAP rep on a case-by-case basis.

Also, SAP has made it clear that there'll be no mixing and matching and that you can only use a like-for-like version of SAP cloud software.

So, if you're running SAP HR on premises, for example, you can switch to SAP's SuccessFactors, but you can't jump to SuccessFactors if you didn't have SAP HR.

And, you'll need to commit to spending even more money with SAP in the future to get a seat at the table on negotiations - not spend less or the same.

SAP said: "The transaction assumes an expanded investment with cloud solutions from SAP, given the substantial added value from this new hybrid scenario."

Philip Adams, chairman, UK & Ireland SAP User Group, has responded, saying the change addressed one of the pain points his group has been lobbying SAP over with regards to migrating to the cloud. SAP's licensing was lambasted as increasingly arcane and behind the times for organisations moving to the cloud and those simply trying to understand SAP's fee structure and what each fee paid for.

But, Adams warned The Reg: "The devil is in the detail." He said: "Negotiations will vary customer to customer and product to product. It will depend on the relationship you have with SAP."

SAP's announcement is chunky with marketing speak and vague on specifics but Adams reckoned SAP would "take into account your past licence spend and this may be a discount applied to the cloud service. This is down to negotiations."

Can you terminate? Well, that depends...

In a statement to The Reg, SAP said the offer only applies to customers that currently have on-premises and maintenance contracts that are "available for termination". SAP said it would "work with the customer to review their on-premises landscape and agree what can be terminated".

SAP added: "Customers with on-premises and cloud offerings already in place are also eligible if the customer is looking to end some of its on-premises licenses and the maintenance, and at the same time further expand into the cloud."

Adams said he's now awaiting feedback from fellow customers to see whether the changes really add up. "Provided the commercials are worked out" with SAP, it could help customers who've spent heavily on SAP and are yet to realise the lifetime cost of their systems, but who are now feeling the tug of using services delivered online instead, he said.

Meanwhile, Adams noted, SAP's change does not tackle the other big issue user groups have been campaigning on: licence parking — that is, not paying for unwanted and unused licences.

This has become an issue for companies who've been forced to cut jobs and restructure their firms thanks to the recent downturn in the economy. Last year's survey found nearly 100 per cent of SAP customers wanted a payments holiday on the maintenance payments of SAP licences that were being left unused. ®