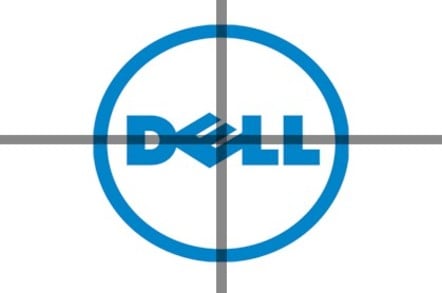 Michael Dell and Silver Lake Partners, who want to take sole control of IT giant Dell, are willing to offer their fellow stockholders $13.75 for each share - but only if the rules on voting on the deal are changed.

Unsurprisingly, top-gun investor Carl Icahn, who has a $14-per-share deal on the table, has now urged the Dell special committee overseeing the $24bn privatisation bid to not change the voting procedures.

As El Reg reported last week, the Dell/Silver Lake takeover package is due to go to a shareholder vote on 2 August, and the pair want only the turned-in ballots to count: any abstentions will count as "no" votes unless Big Mike manages to change the rules.

Due to the way the deal was originally structured, all unaffiliated shareholders – meaning those who don't work for Dell itself – who do not explicitly vote one way or the other will be counted as a rejection as the rules currently stand. With the vote being close, every one counts, and having those who abstain count as a "no" can, and probably will, sink this offer.

Dell CEO and founder Michael Dell knows this. Icahn knows this, and just about everybody else knows this. And so, predictably, Icahn has let the Dell special committee have a piece of his mind in yet another statement. And he raised the specter of lawsuits if the rules are in fact changed in the middle of the deal.

"As you know, billions of dollars in market value of Dell shares have traded since the terms of the Merger Agreement first became public," wrote Icahn.

"That's more than the aggregate market value of many (if not most) public companies. All of those trades assumed that the vote requirement to approve the transaction was as recited and non-waivable in the Merger Agreement. Is it really OK to change a material fact on which those buyers and sellers relied for a token increase in merger consideration? Is there any price at which this can be done properly? We think not."

"The plain and simple fact is that Michael Dell and Silver Lake have underestimated the extent of stockholder opposition to the Michael Dell/Silver Lake transaction and are unwilling to pay fair value to obtain approval of their interested-party freeze-out transaction," the letter to the Dell special committee from Icahn continued.

"We believe that many Dell stockholders that currently oppose the transaction may have simply not voted because they knew that their inaction would count as a vote against the merger and that the Unaffiliated Stockholder Approval condition could not be waived. Should these voters be disenfranchised due to a change in rules? In a management led buyout where the CEO seeks to take control of the company, shouldn't the burden be on the Company to get the necessary affirmative votes?"

Icahn said the Dell board is serving beyond its one-year term and that the Dell annual meeting should be held on 2 August, at the same time as the merger. This would suit Icahn's purposes, of course. Icahn has made no secret that he wants a new slate of directors elected for Dell and that he would not let Big Mike run the company if the Icahn Enterprises/Southeastern Asset Management tag team prevails in derailing the Dell/Silver Lake takeover deal.

With all of the shareholders in the room, Icahn could get a new board directed and have the shareholders put his proposed transaction to the test. Two weeks ago, Icahn sweetened his $14-per-share offer, which would keep Dell a public company, with special warrants for stock that Dell shareholders would be allowed to sell for $20 a pop over the next seven years. Depending on when shareholders executed those warrants, Icahn said his deal is worth somewhere between $15.50 and $18 per share including the $14 per share in his original offer.

Both the Icahn/SAM and Dell/Silver Lake deals involve using many billions of cash currently in the company coffers to buy back shares from Wall Street. Icahn is honest about selling off some assets, and probably would sell off even more than he is hinting at if past experience is any guide of future performance.

Dell, the man, has not said what assets he may consider selling off, but clearly that is going to be part of any reorganization that Dell/Silver Lake do if they prevail. And, perhaps, even if neither gets the deal they want and Dell stays as it is, a public company with Big Mike at the helm.

Maybe Dell can buy IBM's x86 server business before Lenovo Group does? There are a lot of possibilities. ®