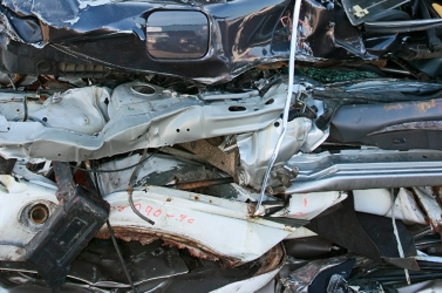 Here is a tale of two security research presentations, both looking at motor vehicle security in a world in which even the humblest shopping trolley now has more brainpower than a moonshot.

Flavio Garcia, a University of Birmingham lecturer familiar with insecurity in car systems – here, for example, is a paper he co-authored with Roel Verdult and Josep Balasch for 2012 – has been blocked from presenting to Usenix 2013, thanks to a House of Lords injunction requested by Volkswagen.

Volkswagen took exception to Garcia's intended presentation to the long-running and respected conference, entitled Dismantling Megamos Crypto: Wirelessly Lockpicking a Vehicle Immobilizer. As The Telegraph in the UK reports, Justice Birss of the Lords decided that publication of the paper would mean “car crime will be facilitated”.

Megamos is the family of RFID chips used by a number of vehicle makers. VW asked Garcia to publish a redacted version of the paper, which he declined to do.

Garcia's treatment is in stark contrast to the laurels being heaped on America's Charlie Miller and Chris Valasek ahead of the upcoming DefCon conference in Las Vegas. Their demonstration of how to interfere with on-board computers was accepted at the Vegas con.

Miller and Valasek connect a laptop to the diagnostic ports of a Prius and a Ford Escape, and from there, show that the laptop can issue instructions to the vehicles' ECU (electronic control unit), including steering, acceleration, braking and the horn.

As part of the leadup to DefCon, snippets of their work are getting previewed left right and centre, without a lawsuit in sight.

Even though the pair promise to release their source code after DefCon, they have a key advantage over Garcia: America's First Amendment. The fact that their work was funded by DARPA doesn't hurt, especially since Miller told the BBC the work involved destroying a few cars. ®