Massive revenues? Check. Profits? You must be joking! 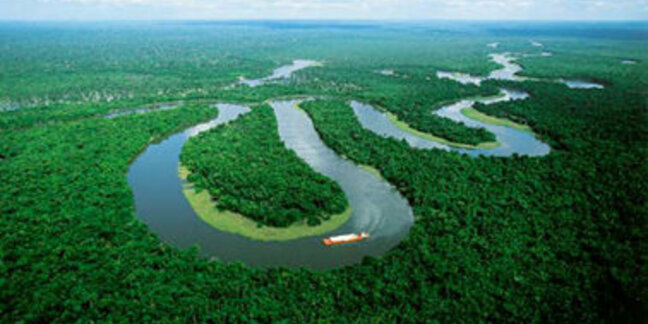 Shares in e-retailer Amazon inched down over 2 per cent in after-hours trading after the company reported a net loss in its second quarter and forecast problems in its third quarter, currently underway.

Amazon's great profit-eating machine was on full display on Wednesday, when the mega e-tailer's vast revenues failed to stop it dipping into the red.

One bright spot was the company's "Other" revenue category, which wraps-in the money it makes from advertising and its cloud wing Amazon Web Services. Revenues in that category were $892m, significantly up on the $798m from the previous quarter, but the company failed to meaningfully grow revenues in regions outside the US.

Amazon chief Jeff Bezos beamed about the giant's new products in a canned statement, but made no reference to the loss.

During the quarter, Amazon had introduced new features, products, and partnerships across its hydra-headed business, including the expansion of a major deal with Viacom to bring more streaming shows to Netflix-competitor Prime Instant Video, the rollout of an Amazon Appstore for Macs, PCs, Android phones, and Kindle devices, the introduction of its own walled garden currency "Amazon Coins", new developments in Amazon Publishing, and of course the multiple improvements to the services on offer in its cloud computing division, Amazon Web Services.

The company was cautious in its forecast for its next quarter, with Bezos & Co. predicting sales of between $15.45bn and $17.15bn, and a potential operating loss of between $440m and $65m.

Though money flows through Amazon in volumes comparable to the water in the river from which it takes its name, its profit margins remain razor thin – a reflection of the company's "retail attitude", which sees it pour its money into forward development rather than profits. ®