Capita IT Services staff plan strike over pay this Friday 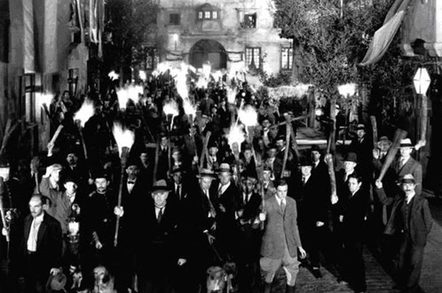 Unionised Capita IT Services (ITS) workers are staging a one-day strike over pay on Friday. Unite reckons the industrial action could impact customers including Deutsche Bank and Prudential.

Negotiations between staff and management have hit the buffers and top brass at the integrator are refusing to get back round the table to thrash out a deal, rabble rousers at the union are claiming.

The sticking point centres on Capita's performance-related policies which, if implemented, would result in 90 per cent of staff accepting an increase that is lower than inflation and a third getting a 1.1 per cent rise, Unite said.

"Workers from Capita will take strike action this Friday and this will cause significant disruption to the company's clients," said Unite national officer Dominic Hok.

"It is time for Capita to take this dispute seriously if it wants to avoid this imminent strike. Hardworking staff are getting a real terms pay cut when profits are up ten per cent [across the group]," he added.

Staff involved in the ballot were based in Belfast, Bournemouth, Bristol, Craigforth, Glasgow, Manchester and Reading. Two separate ballots for ITS and the life and pensions workers were held.

As revealed by El Chan earlier in the year, Capita bosses shifted the pay review date to 1 April - no, really, they did - but some sources inside the company are reporting they have yet to be told what the rise will be.

In 2012, Capita froze all bonuses and pay increases for staffers, saying that it required a period of belt-tightening as results were below expectations, and indeed the numbers were off target again for fiscal '13, it had said.

But that fact Capita execs pocketed a 20 pay hike for last year will not soothe the frustration among some in ITS land.

Unite said clients that could be hit by the strike include Royal London, Met Life, Phoenix, Friends Life Ltd, plus the aforementioned Deutsche Bank and Prudential.

IT Services works with life and pensions to provide IT support to those customers, a spokeswoman at Capita confirmed to El Chan.

But she played down the impact on customers and highlighted that just one in 10 workers are taking the action.

"We are disappointed that Unite is planning 24-hour industry action in relation [to] the pay review implemented in May and June 2013. Less than 10 per cent of the workforce across the affected areas voted to strike, so we are confident that service delivery to clients will not be adversely affected." ®