ACLU warns of mass tracking of US drivers by government spycams 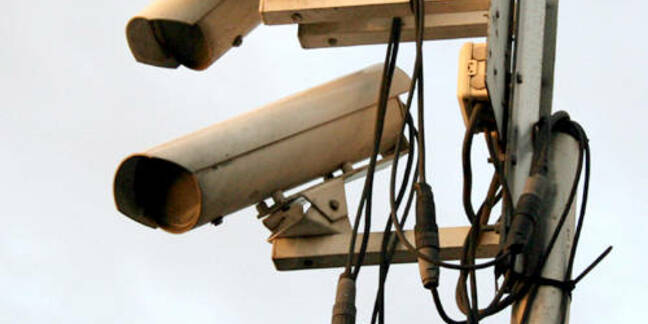 US drivers are being tracked to an unprecedented extent thanks to a system fattened by federal grant money and spurred by the rush to market private automobile data, according to a report by the ACLU.

After analyzing 26,000 pages of documents from police departments spread across the USA, along with information about private companies, the American Civil Liberties Union has produced a report highlighting the large amounts of data public and private companies are storing on drivers, and the poor retention policies that go along with it.

The You Are Being Tracked report was released on Wednesday, and argues that "the implementation of automatic license plate readers poses serious privacy and other civil liberties threats".

Automatic license plate readers have proliferated across the US due to a fall in the cost of underlying storage and interception technology, and some $50 million dollars in federal grant money distributed to under-funded law enforcement departments that otherwise couldn't afford it.

Though US law enforcement tends to have data retention policies that limit the time this information can be retained, data sharing agreements with other agencies and private companies can prolong the time that data is kept.

Automated license readers scoop up vast amounts of data on innocent individuals along with the minuscule bits of information about "hot" vehicles or tagged cars.

Readers controlled by law enforcement agencies in the state of Maryland performed 29 million reads in the first five months of 2012, but only one in 500 license plates scanned were associated with a hit – "any crime, wrongdoing, minor registration problem, or even suspicion of a problem".

Of these hits, 97 per cent were for a suspended or revoked registration, or for violating Maryland's Vehicle Emissions Inspection program. This makes for a vanishingly small number of hits on vehicles any right thinking person could conceivably want a distributed robotic state to be tracking.

The report is chock full of examples like this, which all show mass data slurping for a tiny hit rate.

But how long agencies store this data on civilians and tagged vehicles is variable, with some agencies deleting all "non-hit" information immediately, but others retaining the information from anywhere from 14 days, to 30 days, to several years.

Many of these agencies may feed this data into local state "fusion centers" that pool IT assets for use by various enforcement agencies, the report notes. So even if data is being deleted locally it is still being stored somewhere.

These companies will re-sell access to their data to law enforcement agencies, which can search through the images other data associated with the license plates when investigating a crime.

In an impressive feat of understatement, the ACLU notes: "These private databases raise serious privacy concerns".

Given the lack of regulation around how long data is kept on file, the different policies used by private and the public sector, and the potential for massive abuse, the ACLU report concludes with several pleas for restraint in the gathering and storage of this data.

But, given the recent revelations around PRISM and other data slurping schemes, this vulture thinks it unlikely that the public sector will hesitate at collecting this data.

And as for the private sector? Well, after surreptitiously scooping up information on Wi-Fi points for years via Street View vans Google was hit by a probe from UK watchdog the ICO, but was merely ordered to delete the data and faced no fine. ®