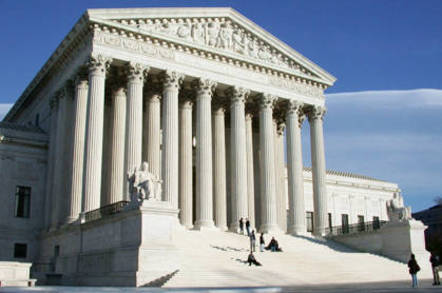 IBM and Accenture are sniping at one another in public over just who should take the blame - and the fall - for the $AUD1bn blowout of a project to provide the Australian State of Queensland's Department of Health with a new payroll system.

The project kicked off in 2007 with a budget of just over $6m. It's now expected to cost up to $1.25bn to complete, a failure that has led the State's government to run a Commission of Inquiry into the affair.

That inquiry is due to report by the end of July, and looks set to spark a rolling lawyer-fest on a scale that Cecil B de Mille might find worthy of attention.

Former Queensland Premier Anna Bligh told the inquiry the former government chose to negotiate a settlement with IBM rather than risk litigation. However, it looks like the vendors surrounding the project will be more than happy to unleash their lawyers as soon as the commission delivers its report.

With public hearings complete, the two vendors front-and-centre of the inquiry, IBM (which won the 2007 tender) and unsuccessful bidder Accenture are still firing barbs at each other via written submissions.

Through its counsel, IBM appears to be girding for a battle against pretty much everyone, just in case: the Queensland Government, the commission of inquiry (which Big Blue repeatedly cautions should not make adverse findings against it), and Accenture.

At issue is the tender process in which IBM won the contract.

The counsel assisting the Commissioner has asserted that a consultant working on the project, Terry Burns, had shown partiality to IBM due to a long-ago prior employment by the company in South Africa. That partiality, denied by Big Blue, combined with a poorly-managed tender process in which Burns found himself making key decisions about the project, led to a “disparity of treatment” of tenderers, counsel assisting asserts.As we've reported previously, Burns denies that assertion.

The use of “WorkBrain” software from Infor also came under criticism, with counsel assisting suggesting that the software was inadequately tested and benchmarked for such a large organisation – again, something that IBM refutes in its counter-submission.

In the meantime, Accenture is aggrieved that it was prevented from giving evidence to the inquiry. Even though it had not won the tender, it believes it's been unfairly accused of colluding with SAP during the tender process.

Accenture also complains that IBM is using its submission to accuse it of improper behaviour. As the Sydney Morning Herald notes, the consulting giant says IBM did not make this allegation in the witness stand, instead “only indirectly by public submissions, in a manner that would inevitably cause the greatest harm to Mr Porter's* personal reputation and [by association] the reputation of his former employer” (Simon Porter, a former Accenture executive).

With two giants apparently so ready to set lawyers sniping at each other, August 1 will probably be popcorn time. ®

Woe Canada: Rather than rise from the ashes, IBM-built C$1bn Phoenix payroll system is going down in flames

Canucks to pull plug on ill-fated mismanaged govt IT project