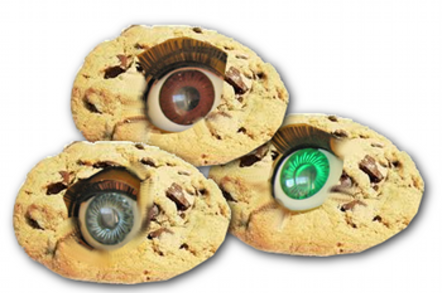 Updated Randall Rothenberg, president and CEO of industry group the Interactive Advertising Bureau (IAB), thinks the Mozilla Foundation's policy on third-party cookies is way out of line, and he's taken to the web with a 4,000-word essay to make his case.

It was in February that Mozilla first said that a future version of its Firefox browser would block the controversial cookies – which are typically used by ad networks – but has repeatedly delayed its plans as it has sought input from online advertisers and others.

The IAB has remained steadfastly opposed to the whole idea, however, and in a rambling, accusatory statement on Tuesday, Rothenberg said the problem boils down to Mozilla's "anti-business value system."

To be specific, Mozilla's current definitions of freedom and liberty include working with the Center for Internet and Society at Stanford University to develop the Cookie Clearinghouse (CCH), an effort to create whitelists and blacklists to let browsers block or allow cookies from specific sites.

According to Mozilla CTO Brendan Eich, the nonprofit plans to integrate the CCH into a future version of Firefox, and it won't ship a version of Firefox that blocks third-party cookies by default until the CCH code is ready.

To Rothenberg, however, the idea of a browser that knows how to block cookies from selective sources is not only abhorrent, but it could mean the destruction of an entire segment of the global economy.

"[Third-party cookies] have been part of the way Internet advertising has been delivered, measured, analyzed, optimized, and compensated for more than 15 years," he railed. "Were they to be embargoed tomorrow, billions of dollars in Internet advertising and hundreds of thousands of jobs dependent on it would disappear."

Worse, he said, the impact will be inordinately felt by small businesses. "At this moment in the evolution of the Internet, third-party cookies are the technology that makes small publishers economically viable. Their elimination will concentrate ad revenues in a shrinking group of giant media and technology companies," he wrote.

Rothenberg further accused Aleecia McDonald, who heads the CCH at Stanford, of valuing privacy over commerce, and he questioned Mozilla's values for associating with such a person. According to Rothenberg, McDonald once said that if some third parties go out of business because of W3C standards on tracking protection, "that is OK because that will be a good day for privacy" – a sentiment Rothenberg described as "insensitive."

And Mozilla has been hanging around with other shady characters, too, he said, including Jonathan Mayer – the author of Firefox's cookie-blocking code – whom he described as an "anti-business extremist."

In fact, he said, there are no representatives from content publishers or advertising agencies participating in the CCH effort – only "anti-business radicals."

But according to Rothenberg, it's not too late to fix the situation. The solution, he said, would be for Mozilla to join the IAB. Apple, Google, and Microsoft are all already members, he pointed out, although he admitted that their browser development teams don't get involved.

"By dealing exclusively with the issue of controls around cookies, Mozilla is missing a great opportunity to talk about the options for identity management and safety in a larger scope," Rothenberg wrote. "A solution that empowers consumer choice in both the mobile OS and desktop browser spaces would bring significantly more value to all involved parties, and allow Mozilla to promote thought leadership with its nascent Mobile OS." ®

A Mozilla spokesperson responded to Rothenberg's comments via email on Wednesday, saying, "Mozilla feels advertising is an important component to a healthy Internet ecosystem, and over the coming months we'll be working to address valid commercial concerns in our third-party cookie patch before advancing it to the general Firefox release. We'll continue gathering input while keeping the dialogue open with the hope that advertising industry groups will respect the choices users make to form the Web experience they want. We strongly believe this is in the best long-term interest of all Internet stakeholders."