6Gbps is for FOOLS! Now THIS is what we call a SAS adapter - LSI 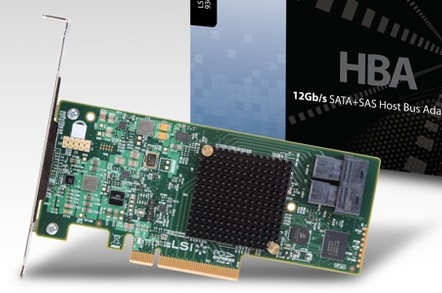 Maximum throughput is claimed to be more than 6Gb/sec when streaming. Each HBA uses either an LSI SAS 3008 or 3004 controller, has the SAS 3.0 standard-specified mini-SAS HD connectors and their low-profile form factor supports 8 PCIe 3.0 lanes.

Page 6 of LSI's Storage Adapter Guide (pdf) lists various characteristics of the 8i, 8e, 4i-4e, and 4i models.

We envisage that LSI will bring out a 12Gbit/s SAS switch to follow on from its 6160 SAS 2.0 switch product. 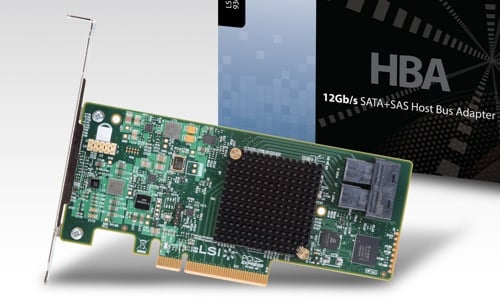 Pricing starts from $245 for a single 9300-4i and all the products are available now. If your apps are hung up on 6gig SAS connectors not being fast enough, then here's one route out of that trap. ®