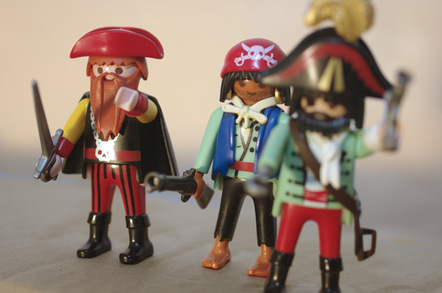 Exclusive Proponents of virtual, encrypted currencies took another scalp on Monday when a gaggle of them flooded a cloud provider, causing it to shut off sign-ups for new users in some regions.

Public cloud provider DigitalOcean was forced to stop people spinning up new servers ("droplets") on its cloud due to absurd levels of demand generated by speculators of a new virtual currency named Primecoin, who swarmed the cloud for cheap computer cycles to use to mine the currency, the company confirmed to The Register on Monday.

Like the enfant terrible of digital currencies, Bitcoin, Primecoin relies on the breaking of cryptographic ciphers as a mechanism to increase the money supply, and just as with Bitcoin the computational demands for generating more currency increase over time.

So when the currency launched on July 7, many speculators who had seen Bitcoin's rise to over $100 per coin were keen to find clouds to use to mine the currency. One person on the Primecoin forum posted a walkthrough plus a link to a discount voucher for spinning up DigitalOcean instances on July 9, and things snowballed from there.

"We've actually never seen anything like it before," Mitch Wainer II, DigitalOcean's head of marketing, told El Reg via email. "This increase in usage was the equivalent of our normal growth that we would do in 90 days, now in 2 days. We temporarily disabled NY1 and AMS1 for only new customers. SF was always available for everyone."

Currency speculators floored two out of three of DigitalOcean's regions

Over 18,000 people signed up to perform Primecoin mining, Wainer said. "Most customers were using a $10 promo code which allowed them to run a 512MB Droplet for 2 months." He confirmed that no DigitalOcean employee has been involved in promoting the cloud for its use among Primecoin devotees.

For all Reg readers thinking that Primecoins might be worth a punt, we would point out that the market is very, very young. Few exchanges operate at the moment, and at the time of writing a single Primecoin is exchangeable for 0.0039 Bitcoins, or about 38 cents.

But given the use of DigitalOcean vouchers, for those mining it, it's free "money". ®