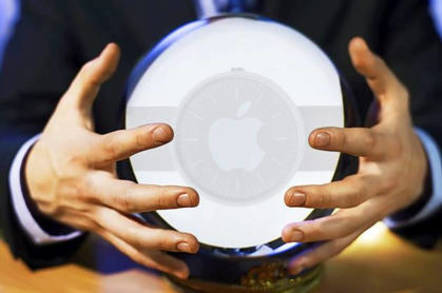 Every so often a press release passes by The Reg's gadget desk which just begs to be filed away and checked against future reality. Today's example: the market-watchers at Canalys ("Insight. Innovation. Impact.") predict that over five million smartwatches will ship worldwide next year.

"Smart watches will be the most important new product category in consumer electronics since the iPad defined the market for tablets," said Canalys VP and principal analyst Chris Jones in a statement.

"Software platforms tied to smart watches will also be a tremendous opportunity for developers to write apps in categories such as health and wellness or sports and fitness," he reasons.

Over five million smartwatches in 2014 would be a colossal leap in shipments for a category that barely exists today. According to Canalys' figures, a mere 330,000 smartwatches were shipped – that's shipped, mind you, not sold – worldwide in 2012, with the market leaders being Sony and Motorola.

This year, Canalys estimates that a half-million of the gadgets will ship, with Pebble and Sony being the market leaders. Next year – The Year of Five Million – they predict that the smartwatch market will "explode" tenfold when Apple, Google, Samsung, and Microsoft "ignite the market."

With both the Microsoft and Apple's smartwatch efforts said by unidentified sources to not be likely to bear fruit until late next year, and with Google and Samsung's launch plans being essentially anyone's guess, the 2014 impact of those four companies is far from certain, let alone predictable.

At this point in the discussion, it'd be a good idea to understand exactly what Canalys means by a smartwatch – or, to use their orthography, "smart watch". Their definition: "Canalys defines smart watches as smart wearable bands. Smart wearable bands are multi-purpose devices that can run third-party computing applications and are designed to be worn on the body, and not carried."

That requirement for third-party applications gives The Reg pause – as it also does to Canalys analyst James Wang. "Creating a competent developer platform specifically for the form factor will be an enormous challenge," he says. "Google and Microsoft must execute more successfully than they have done with their tablet platforms and will have to adapt their business models appropriately."

That's a big "if" – one big enough to cause us to take Canalys' rosy projections with a tad more NaCl than usual. Canalys may be right and we may be wrong, but the nice thing about such time-based predictions is that we'll find out who was on the side of reality in about 17 months.

Mark your calendar – and remember the breathless hypegasm of predictions for 3D TV. ®

Two companies, both alike in dignity, in fair Milan

Apple's iWatch? They cannae do it ... they don't have the POWER

Analyst predicts fanbois will have to wait until next year

Apple's iWatch may be DELAYED over sapphire glass supply problems

Fruity firm's November target may slip to the right

Want to text or 'voice chat'? You'll need an iPhone, as well

iWatch 'due November'... Y'all know what time it is? Now you do

Look behind you, 'declining' sub-$5bn iPod. The iWatch has come... to EAT YOU

Mine's 0.2 inches bigger than yours (says future fanboi of his iWatch)

It could be a M.A.D. agent plot, Uncle Gadget... 'Nonsense, Penny. It will be great fun'