The best single-player FPS of its generation?

And in Unreal’s favour was the colourful, eerie world the first Unreal Engine made possible. Sweeney managed to work in a very impressive colour lighting model which helped establish the game’s distinctive feel. Sure, it was over-used but the effect of blue light-emitting Tarydium crystals in the Na Pali mines, and the orange glow from lava streams, created a powerful atmosphere of otherworldliness as did the blinding spotlights. 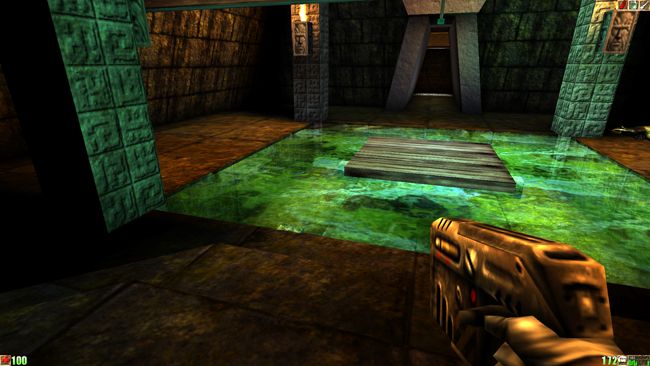 Likewise environmental animation, from the oily looking but transparent Na Pali waters to the birds wheeling and soaring in the alien sky. Bungie had put similar mobile, animated scenery in 1995’s Marathon 2, but in Unreal it truly helped ‘sell’ each scene.

Sound effects helped too, for which I always killed the music in order to better hear and appreciate the environmental audio. I figured the last thing an escaping prisoner would take with him and use would be a music player. That said, Unreal’s music soundtrack won plaudits for the way it was tuned to the mood of the moment. Small sections of music written by Alexander Brandon, Michiel van den Bos, Dan Gardopée and Andrew Sega would be assembled by the game’s engine to match what was taking place on screen.

Unreal wasn’t only a treat for escapists - its smart AI made it a pleasure for players who just wanted to get to the fighting. Some Unreal opponents followed the classic FPS pattern of immediately attempting to intercept the player, but others would hold back and make missile attacks, while others still - the Skaarj warriors most notably - would sidestep and roll out of the way of fire to make aiming much harder. 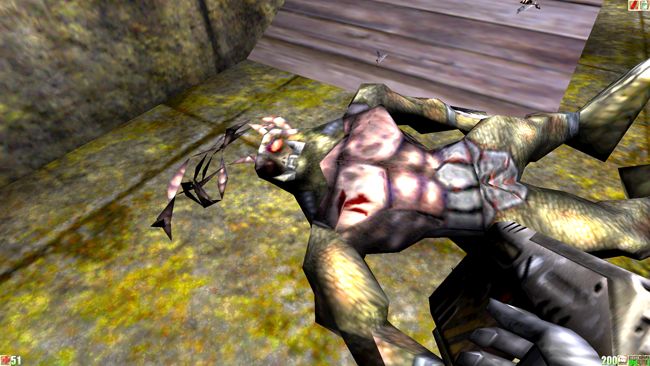 The only good Skaarj is a dead Skaarj

Unreal was a game that favoured considered tactics rather than an all-guns-blazing approach.

Speaking of guns, Unreal offered ground-breaking variety, thanks to a mix of peculiar weapons each with multiple firing modes. Its toxic-slime-firing gloop guns, shuriken hurlers, grenade chuckers and such perhaps lacked the chunky BFG solidity of iD’s established arsenal - the character modelling was likewise less meaty than the ones iD’s designers had always come up with - but they felt part of the world you found yourself in.

All this technology was delivered through the framework of the Sweeney’s Unreal Engine, an almost generic system into which character models and art, sounds, maps and wall textures - which could be swapped with more detailed versions as the player approached them - could be assembled with event-control scripts into the final game.

It also allowed map makers - amateur as well as pro, thanks to the bundled UnrealEd map editor - to create environments in 3D in real time. That made Unreal an obvious choice for mod makers. 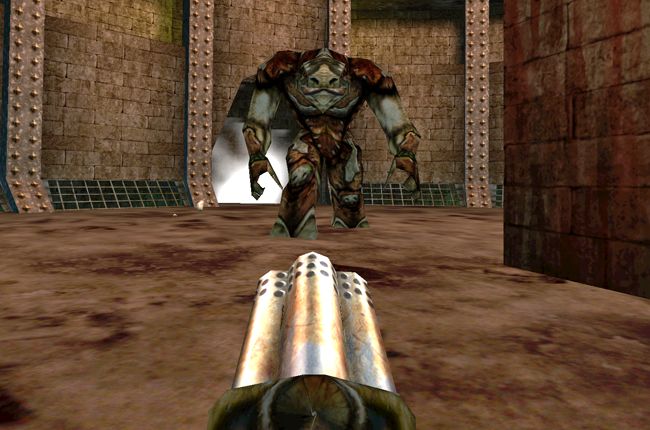 This approach would make licensing the engine and creating new games based upon it very straightforward. There’d be no unpicking of game-specific code, just the addition of new sounds, new graphical assets, new levels and new scripts to tie them all together. Indeed, the Unreal Engine is still well known - and well used - today, having become better remembered than the game that spawned it.

Not, back then, that it was perfect. Sweeney coded all of Unreal’s visual effects not only into the software that drove the emerging 3D graphics acceleration hardware of the time, but also the CPU-based rendering routines. That required a rather beefy system to run it.

And with so much emphasis placed on the solo game, Unreal’s multiplayer mode came in for some criticism - even Epic’s own ReadMe file for the title admitted it was a work in progress. Unreal did sport computer-controlled players - ‘bots’ - a feature community coders had brought to Quake and which iD had integrated into Quake II. The bots were created by Steve Polge, who shot to fame as the maker of Reaper Bot, the most popular bot for Quake. But internet play was sub-optimal, and that led Sweeney and co. to shift the emphasis of their next game from single-player to multiplayer. 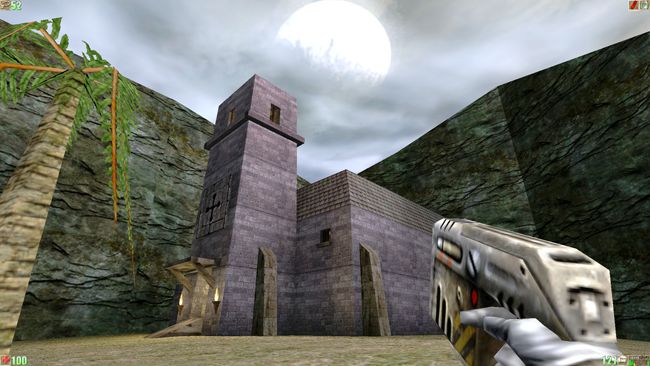 Unreal’s successor, then, would be Unreal Tournament, a game from the start designed as the basis for internet-hosted multiplayer action. It debuted in November 1999 - just a month before iD released its own net-centric shooter, Quake III Arena.

By then, Epic had also put out Return to Na Pali, a short sequel to the first game. Unreal II was released in 2003, but though based on the second generation of the Unreal Engine, it had little more than its name to connect it with the original. ®

* Yes, we're well aware of Battlezone, Elite and its ilk, and other early 3D games with enemies plotted in 3D - but here we're talking about first-person shooters with fully rendered scenes rather than wireframe models or textureless polygons.