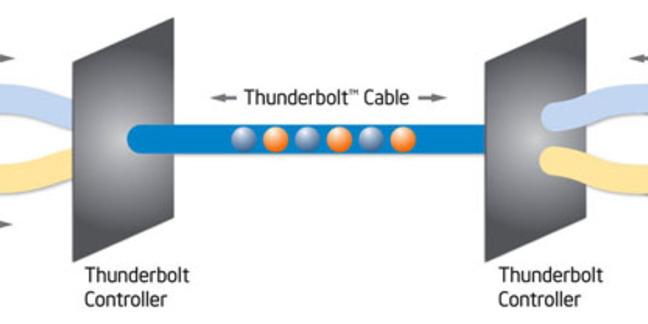 Intel's Thunderbolt I/O protocol looks just a little less likely to threaten USB's status as the world's preferred way of connecting stuff to computers, after Acer decided it can't be bothered using it in PCs any more.

The Taiwanese company, which is clinging on as the world's fourth most-prolific PC-pusher, last week slipped out a few new models.

All were sans Thunderbolt, a fact CNET put to an Acer spokesperson who confirmed the company is walking away from the standard.

The spokesperson cited the cost of building Thunderbolt into systems as one reason for the move. USB 3.0's speed, prevalence and ability to charge devices were also mentioned as reasons for that standard being at least as good as Intel's new baby.

Plenty of other PC-makers still offer Thunderbolt. The most enthusiastic is Apple, which has promised half a dozen Thunderbolt 2 ports in its forthcoming cylindrical Mac Pro.

That configuration makes sense when you consider the market into which Apple pitches the Pro, which we think it's reasonable to characterise as specialist workstations designed for media production. Such applications need a lot of fast I/O and half a dozen Thunderbolt ports delivers that in spades.

It also makes sense when one considers the official list of available Thunderbolt products, which includes an awful lot of storage devices and various bits of video production kit.

But that list includes precious little that mainstream laptop-buyers would find tantalising. Baking Thunderbolt into laptops when punters won't find it useful is therefore far from sensible.

Vulture South is no fan of declaring unloved technologies “dead”: one can still buy descendants of the Z80 processor. Technologies do, however, often reach a point at which they clearly won't ever be of concern to mainstream users.

Acer losing interest in Thunderbolt probably may not be that tipping point. It probably is an uncomfortable moment for Intel: millions of potential annual sales evaporating and a major player walking away from the standard is impossible to spin as good news for Thunderbolt's future. ®