'There is no scientific consensus' on sea-level rise, say scientists 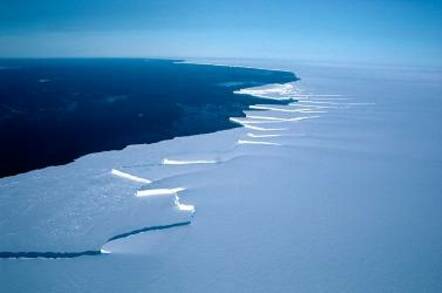 There isn't enough data to say with any certainty what will happen to sea levels around the world this century, and there is no "scientific consensus" to suggest that the rate of the seas' rise will accelerate dangerously.

That's according to a group of eminent specialists based in Germany, the Netherlands and the UK. Writing in hefty boffinry journal Nature Geoscience this week, the assembled experts have this to say:

The Greenland and Antarctic ice sheets have been reported to be losing mass at accelerating rates ... However, at present there is no scientific consensus on whether these reported accelerations result from variability inherent to the ice-sheet–climate system, or reflect long-term changes ...

The Greenland and Antarctic ice sheets are very important factors in forecasting the rate at which the seas might rise in the coming century, which is perhaps the primary reason to be concerned about global warming and associated climate changes.

During the 20th century, sea levels as measured by tide gauges rose about 17cm, just short of 2mm a year. The most recent report of the Intergovernmental Panel on Climate Change said that "no long-term acceleration of sea level has been identified using 20th-century data alone", but the organisation nonetheless forecast rises in the 21st century of 26-59cm as many scientists think that the rate of rise will increase seriously due to global warming.

Many others boffins assess that the ice sheets are so massive that they will take centuries to respond to likely levels of warming. Recent first-of-its-kind analysis pulling together all the factors in play suggested that the worst possible case in 2100 would be 30cm with the likely result less - in other words, no major change from the 20th century situation. And that was before new studies came out reflecting the fact that global warming has been basically on hold for the last decade and more, meaning that warming forecasts should be revised downwards.

Be all that as it may, the next IPCC report is now being produced. It will attempt to reflect what the various committees and advisors believe to be the scientific consensus on various matters including sea levels. But it appears that there simply isn't any scientific consensus on the Antarctic and Greenland melt rates - and therefore there isn't one on sea levels either.

You wouldn't necessarily know this. Various organisations, for instance the Google-funded alarmist activism organisation Climate Central, say that there is a consensus and that it centres on a much higher figure - one or even two metres of rise by 2100. ("Scientists expect" this, we are told by the Google mouthpieces.)

One of the authors of the new study today, Professor Jonathan Bamber of Bristol uni, carried out a previous effort to work out what scientists think sea levels will do, in which metre-range rises were described as "conceivable" but highly unlikely.

"Expert opinion is shown to be both very uncertain and undecided," that study said.

The scientists compiling the new assessment say that there simply isn't enough data yet (especially from the GRACE satellites which have lately produced such surprising results on glacier and ice sheet mass) to know what will happen. In the case of the Greenland ice sheet, at least another ten years of data will be required.

According to a Bristol uni statement released to highlight the research:

As a result, extrapolation of the current contribution to sea-level rise of the ice sheets to 2100 may be too high or low by as much as 35 cm. The study, therefore, urges caution in extrapolating current measurements to predict future sea-level rise.

Got strong opinions on this issue? Or on the journo who wrote this? Or on anything else? Or maybe you'd like to upvote and downvote others' views? Why not fire up a thread over at the soaraway Register forums.