Microsoft's next device could be a Surface Watch 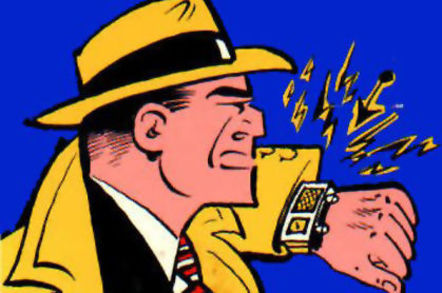 Rumors that Microsoft may be looking to jump on the wearable computing bandwagon are gaining steam, with sources claiming that Redmond's Surface group is testing a smartwatch based on Windows 8.

Reports that Microsoft is working on digital watch designs first emerged in April, with The Wall Street Journal claiming that the software giant had already contacted electronics suppliers in Asia to source displays and other components for the devices.

Now The Verge reports that Microsoft's latest reorg has seen its smartwatch efforts move from the Xbox accessories division – where prototype devices had been spotted equipped with heart monitors – over to the Surface group.

The current prototypes are reportedly running "a modified version of Windows 8," which almost certainly means some formulation of Windows Embedded.

Details on what they look like are scant, but if the rumors are true and the Surface team is involved, then they will almost certainly include touchscreens. Redmond has reportedly been sourcing 1.5-inch displays for the project since April.

Even more intriguing, sources say some of the prototype devices are housed in aluminum oxynitride, a translucent ceramic that's said to be four times harder than glass and 85 per cent as hard as sapphire.

Star Trek fans will recall that "transparent aluminum" was the material used for the windows on the Starship Enterprise. But aluminum oxynitride, though sturdy, has yet to gain wide adoption, mainly due to its high price tag. It currently costs around $20,000 per square meter to manufacture, in volume.

Other claims include that Microsoft's smartwatches may ship with as much as 6GB of storage and LTE wireless support to let them talk to the cloud, and that Redmond's watch plans "center around the idea of removable bands."

Incidentally, this wouldn't be the first time Microsoft has dabbled in computerized watches. In 2003 it launched watches based on its Smart Personal Objects Technology (SPOT), but they sold poorly, and any that did sell were rendered effectively useless when Microsoft shut down the network that served them data updates in 2012.

Those early efforts aren't likely to be remembered, however, if Apple finally releases the iWatch that the rumor mill has been buzzing about for what feels like decades. Instead, the Microsoft watch will likely be seen as yet another case of Redmond following Cupertino's lead, rightly or wrongly.

Microsoft won't be the only one tarred with that brush, either. Samsung, Sony, and even Dell are all reportedly readying wearable computing concepts of their own, leading some analysts to speculate that 2014 could be "the Year of the Smartwatch."

The question is, will smartwatches be enough to convince punters to start wearing watches again, instead of just checking their phones when they need to know the time? ®