'That is one scenario where we are very much at risk' 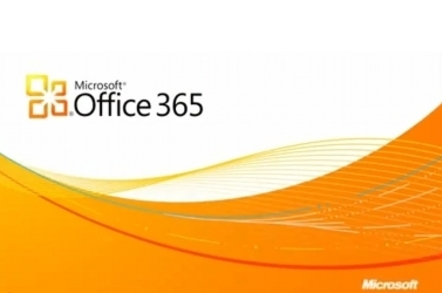 A competitive strategist at Microsoft has told cloudy partners that competing with Google on price is proving to be commercial suicide, particularly in industries where firms are under financial constraint.

The confession was made at a breakout session at the Worldwide Partner Conference, which Microsoft plainly didn't intend to go any further judging by the "private and confidential" wording heading the webcast.

The hour long session gave an insight into the way vendors get obsessed with trying to beat down rivals - nothing new there - and the areas where Microsoft feels it is losing to Google Apps.

Theresa Connor works on US competitive strategy for productivity at Microsoft, and spends most of her time locked in dark rooms in Redmond analysing Google "mega trends" and studying deals reviews with a team that apply heavy duty analytics and predictive modelling.

She said Microsoft was losing out stateside in the corporate territory managed (CTM) space admitting it was struggling to reach all of the 18,000 customer accounts identified.

"We know that we are losing to Google in what we call a sales and engage situation where we've actually taken the loss," she said.

On top of coverage issues, Connor said that in 50 per cent of instances where Google swiped its business, customers had been on "legacy" Microsoft software, ageing editions of Exchange or Office.

"That is one scenario where we are very much at risk," she said.

Microsoft's small cloudy legion - the firm revealed this week that just 22,000 of its 650,000 channel partners world-wide sell its cloudware - were also advised to be "proactive in the account and engaging in the relationship".

"If you have allowed Google to engage in the conversation before you get there then you are a little bit behind that eight ball and you've got a much higher propensity to lose," said Connor.

She said letting Google set the agenda was a no-no "because the minute you engage in a price conversation it's very difficult to compete," but added there were hidden extras with the rival.

"We all know from experience … with Google Apps you can often have to add a lot of different third party appliances just to get to parity with the experience and then all of a sudden you've got lots of vendors to manage and all of a sudden it's very different to that low cost price point that Google initially positioned to the customer."

A larger proportion of customer defections in the US were in "high task work populations or industries with a lot of budget pressure", areas such as manufacturing, retail, healthcare media and accounting and consulting.

"The Media Publication industry has changed a lot, they've got a lot of price pressure so it actually makes logical sense that they start to think about going Google Apps," she said, in a bizarre recommendation.

A "lot of loss write-ups" that Connor and her team pore over were with customers that were "overwhelmed" by the "complexity" of Microsoft licensing and pricing.

She said Google offers a "one size fits all model" including two SKUS, "whereas we have a whole host of complex SKUs, it is dizzying … but it meets the flexibility of businesses to meet their needs".

Wrestling back a Microsoft splitter is "incredibly painful", and it is better to "inoculate" against Google, was the advice Connor handed out.

"It can be incredibly costly to actually win the account back. In some instances we've had to buy out the contract as an example," said the Microsofter.

Better to keep customer relationships "warm", understand if they are going through M&A or leadership changes that could impact tech decision making, and tell customers "Google isn't the path to glory they once thought it was", said Connor.

Microsoft has pulled out all the stops to get partners to flog Office 365, handing them control of customer billing, and upping margins with a $40 per seat promo running for six months this year.