Need a job? Apple wants YOU – but do you want Apple? 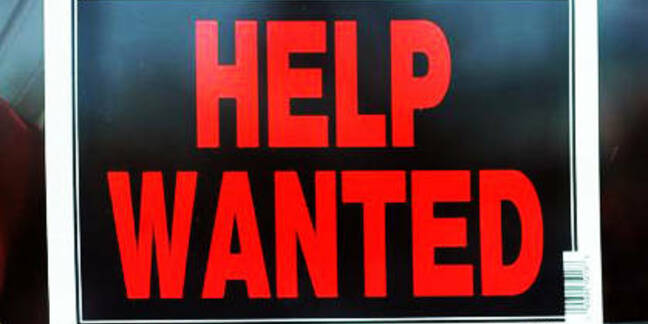 Fanbois may need to revise this year's holiday shopping plans: Apple's long-anticipated iWatch appears to be slipping behind schedule, and so is the "Retina display" iPad mini. A pair of reports say that neither will appear until next year.

London's Financial Times reported on Sunday that Apple has been hiring "aggressively" in recent weeks for engineers to add to its 100-member iWatch team to tackle "hard engineering problems that they've not been able to solve," according to one source talking with the FT.

The timing of this "hiring spree," as the FT put it, has led sources they describe as "people familiar with Apple's thinking" to surmise that the iWatch – if it appears at all – will not be ready until "the latter part of next year."

That can't be good news for Apple investors – not to mention CEO Tim Cook and CFO Peter Oppenheimer – nor can Monday's report by Taiwan's DigiTimes that a 2,048-by-1,536 pixel "Retina display" iPad mini with an "almost bezel-free look" will also not appear until 2014, with mass production begining late this year.

DigiTimes' sources did say, however, that a "slightly updated" iPad mini should ship later this year, and that it will be lighter, thinner, and have "improved specifications" – which we take to mean an upgrade, at minimum, to its A5 processor, perhaps to the A5X that's in the third-generation iPad or the A6X in the current top-of-the-line fourth-gen iPad.

The iPad mini will also have a new big brother, the same sources said, with a fifth-generation iPad scheduled to enter into volume shipments of two to three million units in August and September, and then ramp up another 25 to 30 per cent in October. That fifth-gen iPad, the sources said, will also have a slimmer bezel, and will drop about 20 to 30 per cent of its current 1.44 to 1.46 pound heft.

The delay of a Retina-display iPad mini may be just a bump in the road for Apple, especially if DigiTimes' sources are correct that a completely revamped iPad maxi will be released at around the same time as the upcoming iOS 7, which Apple has said will be available "this fall."

The "hiring spree," however, is a different matter, especially if it does indeed mean that the iWatch – or whatever it ends up being dubbed – won't appear until late next year. There is, of course, the obvious fact that a delay would postpone another revenue stream from flowing into Apple's bottom line, but there are two other factors to consider, as well.

First, with other industry players reportedly working on their own "smartwatches" – Google, Dell, and Microsoft, for example – and with a gaggle of semi-smartwatches already available, a late entry by Apple into this product category will nullify the first-mover advantage it had with the iPad and to a lesser extent with the iPhone.

The second factor is a bit more troubling. Say what you will about Apple's innovation, but in recent years it has enjoyed an enviable reputation for cleverly creating or improving consumer-level kit. If it's now stumbling on "hard engineering problems" – battery life? component miniaturization? code compression? – that reputation is sure to erode.

Reputation is perception as much as it is reality, and that perception can be swayed in the marketplace by clever marketing and persuasive advertising. But in the marketplace of employees – both attracting and retaining the best and the brightest – marketing and advertising have decidedly less sway. Word gets around in the engineering community, and a company that is perceived as losing its mojo is a less attractive lure.

There have already been reports that morale is slipping at Apple, and that Cupertinian employees are applying for jobs at such companies as Google, LinkedIn, Facebook, and HP. There's also the inarguable fact that Apple's stock is no longer the tasty treat that could once be used to make engineers sit up and beg – for jobs, that is.

Without prospective employees being convinced that Apple's Next Big Thing is worth their time and brainpower, no amount of aggressiveness in hiring is going to convince the most gifted engineers to man a workbench at One Infinite Loop. ®