Could pave way for US launch of Linux-distro-based mobes 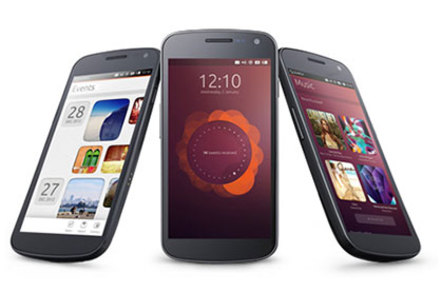 Verizon Wireless has become the first US carrier to join the Ubuntu Carrier Advisory Group, making a stateside launch for Canonical's open source smartphone platform that much more likely.

Canonical announced the Carrier Advisory Group in June as a forum in which mobile operators could discuss Ubuntu for phones and help to develop marketplaces, payment mechanisms, and revenue-sharing models around the platform.

Membership in the group is open to "any national or multinational carrier who wishes to join," but until now, no US carrier had taken Mark Shuttleworth & Co. up on the offer.

"Verizon Wireless is joining Ubuntu's Carrier Advisory Group to participate in technology discussions around this new platform, which has the ability to bring new and exciting features to developers and ultimately, customers," Samir Vaidya of Verizon's device technology team said in a statement on Thursday.

Still other carriers may yet join, but Canonical has said that it plans to close the group to new members by the end of July.

Membership in the group grants participants access to early information about Ubuntu, details of other carriers' plans to support the OS, and the exclusive opportunity to become launch partners once the platform is fully baked.

Exactly when that will be is not known – and when The Reg last looked at Ubuntu running on a mobile device, it was still in a very raw state – but Canonical has promised that the first phones running the OS will be on the market in 2014.

Verizon has not committed to releasing an Ubuntu phone, let alone jumping in for the launch, but many carriers have expressed interest in offering alternatives to the Android and iOS devices that now dominate the smartphone market.

Ubuntu isn't their only option. The Mozilla Foundation is offering Firefox OS as an operating system for inexpensive smartphones targeting developing markets, and Tizen has the backing of the Linux Foundation and a number of prominent companies, most notably Samsung.

But whichever alternative carriers choose, getting customers to pick it over Android or iOS will be an uphill battle. According to stats from Kantar Worldpanel ComTech, the two leading platforms command 93.9 per cent of all smartphone sales in the US. The third-place contender – Windows Phone – accounted for 4.6 per cent, leaving just 0.7 per cent for BlackBerry and 0.8 per cent for "other." That last category would include Ubuntu. ®