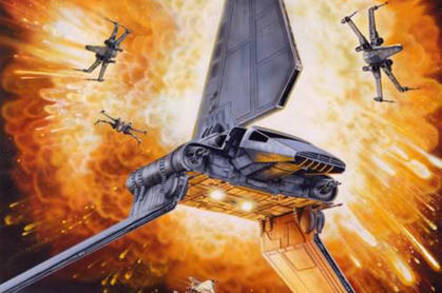 A test of the fledgling US missile defense system, dubbed Star Wars, has had yet another setback after an interception missile launched from Vandenberg Air Force Base in California failed to find its target over the Pacific.

"Although a primary objective was the intercept of a long-range ballistic missile target launched from the U.S. Army's Reagan Test Site on Kwajalein Atoll, Republic of the Marshall Islands, an intercept was not achieved," said Missile Defense Command in a statement.

"Program officials will conduct an extensive review to determine the cause or causes of any anomalies which may have prevented a successful intercept."

A Pentagon spokeswoman told El Reg that this was the first test of the Capability Enhancement I (CEI) exoatmospheric kill vehicle. The rocket is designed to home in on incoming missiles and use explosives and shrapnel to detonate any threats.

While there have been some successful intercepts using the Star Wars system – notably when the target missile carries a transponder to guide the kill vehicle – there hasn't been a successful test since 2008. This latest failure will have some questioning if the billions sunk into the project will ever see a return.

"The reliability of our missile defense system is being brought into question," Charles Vick, senior technical and space policy analyst at globalsecurity.org, told ABC. "The technology is still being perfected, and the level of reliability is not up to necessary standards."

The US currently has 30 of the interceptor missiles deployed; four at Vandenberg and 26 at Fort Greely, Alaska. With North Korea making increasingly bellicose noises, another 14 interceptor rockets are being sent to Alaska, at an additional cost of $1bn to the US taxpayer. ®