IT design: You're not data, you're a human being 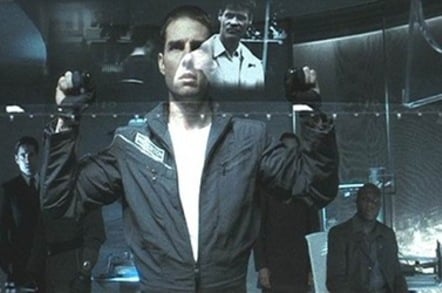 Metrics and you "Metrics" is rapidly becoming something of a cult among IT vendors. Many are betting the future of their companies on data gathering and foster a culture that treats user behaviour-monitoring like a religion. I've never fully believed in this practice, but it is hard to deny its allure.

People are fickle and hard to predict; the idea that we can reduce the complexity of design choices to simple maths is tantalising.

The key to metrics-focused design is to build as many tracking systems into everything you make as possible, collect the data and analyse it.

You focus your development on meeting the needs of the majority of users as demonstrated by the data to hand - enhancing these scenarios and targeting everything from advertising and website design to hardware at these usage scenarios. I've some problems with this.

In the 1990s I fell in love with Minidisc; it seemed like a great solution to the size (and write-once issues) of CDs while giving me better quality audio than cassette tape. Yet I never could get Minidisc drives for my computers and the cost of the media didn't come down to a sane level until long after I had given up and moved to MP3 players.

Sony computers were always more expensive than the competition and never quite lived up the durability and cutting-edge awesomeness that their brand had burned into my mind in the 1980s. Sony is one of the more prominent copyright maximalists of the RIAA/MPAA. Little things like this always left me with a niggly feeling like they were less "on my side" than most corporations.

In 2005 Sony installed a rootkit on my computer and I still have not been able to forgive them for that. Many other faux pas have occurred, including pulling Linux off the PS3.

The net result of these actions was a sub-conscious – but very real –hatred of the company.

I try very hard to be objective about everything. I know many of you will laugh – your own prejudices tell you that every time I disagree with you it is my personal biases shining though – but the statement is true.

I'm entirely conscious of the fact that no person can be completely objective, yet I hold objectivity as important on a personal and professional level. If a customer asks me to order a computer for them I put marked effort into suppressing any biases I am conscious of and make the best choice for the client, even if it goes against my own preferences.

Where this plays into Sony is that my disquiet with the company is so absolute, my bias against them so complete, that when making these sorts of calculations for customers Sony never even enters consideration.

It is not that I consciously discard them from consideration, it is that when I think of technology vendors my brain simply refuses to supply Sony for conscious consideration at all. The fact that my brain does this at all shows me the power that alienation can have on the purchasing decisions of individuals.

The amplification of ill will

People rarely talk about the awesome things that they encounter every day, (though social media is changing that.). "Works as advertised" makes for dull journalism and worse gossip.

In general, negative word-of-mouth feedback is more potent than positive feedback. In some cases positive messages can trump negative ones; you can successfully market your way out of PR disasters with some product types.

Sadly for IT vendors the rationale behind IT purchase decisions is often preventative (rather than consumptive) in nature. The evidence available suggests that in these situations dissatisfaction is viral.

Social media changes the rules through amplification. My home network might only have 80 or so devices with IP addresses. The combined active addresses that I am responsible for across the networks I manage professional are probably closer to 15,000. If you take my "social" footprint into account then my personal negativity probably influences the purchasing decisions of 500,000 devices a year.

What needs to be considered here is that I'm positively small potatoes in the IT world. I don't buy on the scale of some admins, nor do I have the "thinkfluencer" reach of the top bloggers. There are individuals out there that influence the purchase of tens or even hundreds of millions of devices every single year. As more and more people are "always on", the brand damage that can be wrought by one tweet is humbling.

None of the above is to say that metrics are inherently bad: they aren't. As with any religion it is the fundamentalists – those who rigidly apply the religion's dogma regardless of circumstance – who are the problem.

Let's say that I have two workflows that could potentially be changed. One of these workflows is something I have done every single day of my life for 15 years. The steps take fractions of a second and are burned into my muscle memory such that the implementation of this workflow is entirely autonomic.

If you change this workflow in any way I am going to get very, very upset. I've learned this already and it doesn't take me a lot of time to execute. Changing this workflow will cause me to unlearn something then relearn it; convincing me this is a good idea and in any way in my personal best interests will take quite a lot of doing.

The other workflow is something I do twice a year. It is done so infrequently that I have to re-learn how to do it each time. I will cheer you on if you can make this task more intuitive or make it take less time.

In the world of metrics the differentiation between tasks is rarely so clear. Most things fall into a fuzzy middle for people; figuring out what you can safely change and what you can't is more art than science. It involves interpreting that data you've collected and applying it to human behaviour, but people won't all react to the same changes in the same way.

Edge cases have fought long and hard for consideration in interface design; battles that are still ongoing today.

How many website designers put any effort whatsoever into making their site navigable by the blind? How many of us design anything at all to take into consideration color-blindness, dyslexia or any of dozens of other common sensory or neurological differences?

I accept that as an SME sysadmin who designs systems and networks for companies that need enterprise-class computing but have close to household budgets I am probably an edge case in nearly every conceivable circumstance. I accept this with the same resignation as a left-handed person looking to buy a decent mouse. Despite this, I still get angry when a usage case that I had previously relied upon is nerfed or eliminated entirely.

If I – someone who has understood the pragmatic rationale for the decisions made for some years now – still get angry when choice is removed from me then it is entirely possible that others may experience is similar reaction. Having done careful and thorough research of individual reactions on the internet I am 95 per cent certain (19 times out of 20) that getting a bit miffed at such events is a shared experience.

While technology titans probably shouldn't care one whit about alienating Trevor Pott, lord and master of absolutely bloody nothing, everybody is an edge case at some point. It stands to reason that if you treat edge cases poorly you will eventually alienate your entire customer base.

Next page: On the outside looking in
Page:
Tips and corrections
82 Comments